Home » Hip Hop News » BJanese McClain shares video on Facebook of a YouTube cartoon, “Officer Choker,” where a black kid is beaten, choked, and shot to death by a giant, white police, officer; The woman is outraged and says parents need to be mindful of what their kids watch, questioning “literally, what the full f*cks” is this and calls YouTube out for allowing this content [VIDEO] 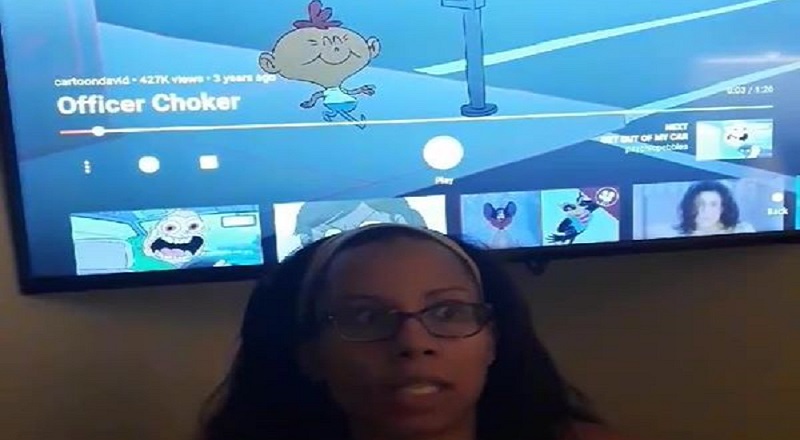 What is going on, in America, between the police, and people of color, is despicable, to say the least. It’s sad how people have tried to justify the murder of George Floyd, but it was wrong on so many levels. In the middle of those protests, Rayshard Brooks was murdered.

BJanese McClain is the mother of a one-year-old baby and she ran across “Officer Choker,” a YouTube cartoon. She showed the cartoon to Facebook, a few weeks ago. The video depicts a young, black, kid, walking down the street, ACCIDENTALLY jaywalking, but being hunted down by a giant, white, police officer, placed into a choke hold, severely beaten, and then repeatedly shot to death, prompting McClain to ask WTF? and to blast YouTube for allowing this content.

More in Hip Hop News
Megan Thee Stallion’s “Savage” Remix Featuring Beyoncé Goes 3x Platinum as She Recovers From Shooting
John Price, owner of DJ’s Cafe, in Springfield, Illinois, says “f*ck George Floyd,” calls him a “f*cking criminal, a f*cking thug, and a piece of sh*t from the get go” and calls people who support his memory “a piece of sh*t from the get go,” who can “all suck a bag of d*cks” if they believe a pause in a pro sports game for his life is worth it; Business’s Facebook page has disappeared [PHOTO]