Home » Hip Hop News » Blac Chyna and Tokyo Toni’s fight has gone viral and Twitter is trashing Tokyo for how she, as a mom, treats her daughter #TheRealBlacChyna 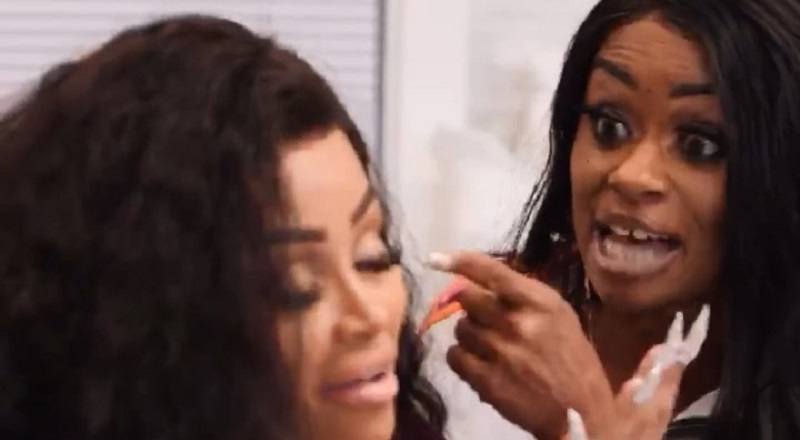 On Sunday night, Blac Chyna debuted “The Real Blac Chyna,” on the Zeus Network. Because this channel isn’t as known, this forced a lot of people to download the app. Right there, Chyna proved how smart of a businesswoman she is.

Close to a year ago, Tokyo Toni seemed to be going off the rails. She made several disturbing posts, disowning Blac Chyna. Along with that, she also told the world Blac Chyna was stopping her from seeing her grandkids.

It turns out, all of this was true, and it was touched on, during the series premiere of “The Real Blac Chyna.” Not only was it touched on, but a whole epic fight played out, starting over a car. Fans on Twitter cannot believe this is how Tokyo Toni reacted to her own daughter, over a vehicle.

Read the tweets about Tokyo Toni below:

More in Hip Hop News
Stevie J shades Mimi Faust and Ty Young, after #LHHATL fight, saying he’s happily married and stable, while they aren’t, which is their problem with him
Yung Joc Shows Off Engagement Ring Given To Kendra Robinson After #LHHATL Finale Where He Proposed [VIDEO]