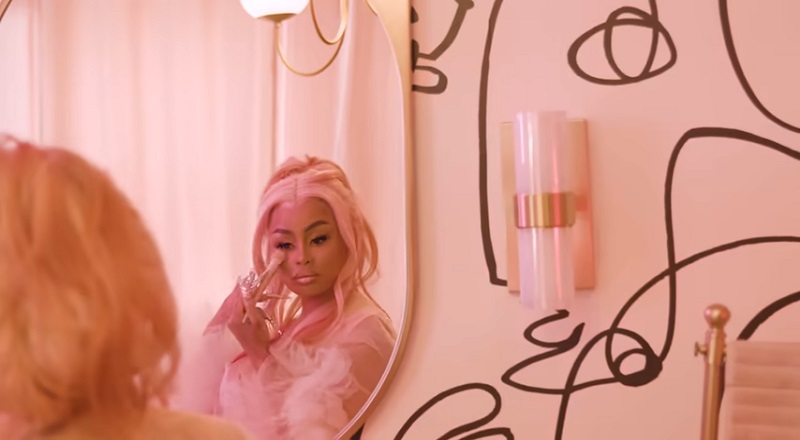 Over the years, Blac Chyna and Tyga have had a very complicated relationship. As Tyga was rising to fame, Chyna was his beautiful girlfriend, and the two shared a child together. Suddenly, the couple was over, and she was with Future, while he was with Kylie Jenner.

Blac Chyna is one of the most-popular figures in the game, as she made a boss move. She was best friends with Kim Kardashian, but Tyga began dating Kylie. Not long after, Chyna began dating Rob Kardashian, having a child with him, and then starring in an E! reality show, that Tyga was on.

For some time, Blac Chyna and Tyga have been peacefully co-parenting. This peace came to an abrupt end, when Chyna tweeted that “Tyga loves trans,” which led to tons of scrutiny and ridicule, from the fans. But, a rep from her team has spoken out, denying Chyna said this, blaming this on her Twitter account being hacked.

More in Hip Hop News
Kemba Walker agrees to buyout, from Thunder, and will sign with New York Knicks
Cam’ron clowns himself, after #Verzuz battle, and shouts The LOX out for a great show