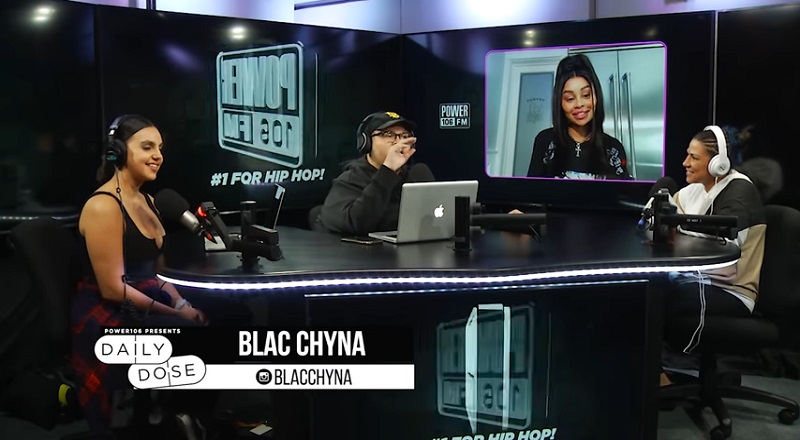 How Blac Chyna rose to prominence is really something to look at. In 2011, she was one of many video vixens, at a time when most just took that for what it was. Possibly, a “Love & Hip Hop” role was on the horizon, due to Tyga being her baby daddy.

However, a friendship with Kim Kardashian led to her having a guest spot on “Keeping Up With The Kardashians.” Later, when Tyga began dating Kylie, she became a storyline. Not being outdone, Blac Chyna began dating Rob, Kylie and Kim’s brother.

Blac Chyna moved on from that circle, after having her own E! reality show, later having the first show on Zeus. Since then, she’s sat down with DJ Carisma, on Power 106. Here, she discussed the 6ix9ine backlash, Kanye West being locked out of Twitter, and much more.

More in Hip Hop News
Cardi B Reportedly Filed “WAP” Trademark Which Would Appear on Items Such As Clothing, Jewelry, Alcohol, Sports Drinks, and More
Sofía Valdés – “Little Did I Know” [VIDEO]