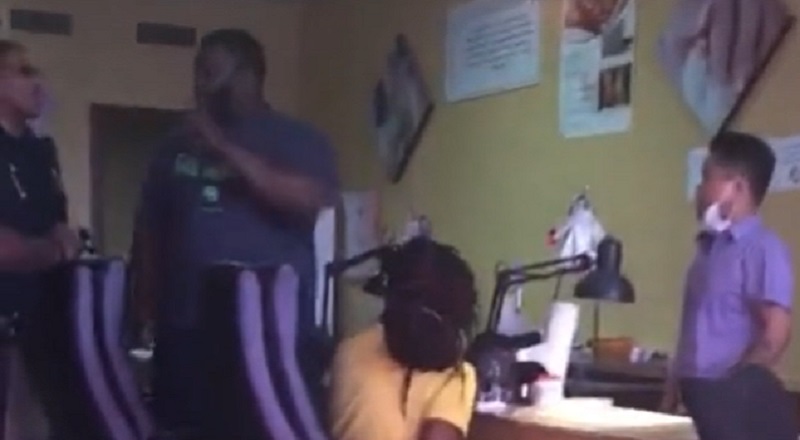 The bond between father and daughter is unique. This bond is so special that Nas dedicated a song to it, as he came to terms with his daughter growing up. A father who is willing to be there will do anything for his children. Such was the case with a father who took his daughter to the salon and ended up defending her honor.

Obviously, there was a father who wanted to treat his daughter to a special day. As a result, he took her to a nail salon. Unfortunately, it looks like things took a negative turn. With that being the case, the situation went from a regular “daddy daughter date” to being a hostile situation that ended up with more tension than anyone anticipated.

The video begins with a Black man going off on the owner of the salon. Before the video started, the Asian man said something offensive to the man’s daughter. According to the man’s rant, the little girl was only ten years old. As a result, he was highly offended, and heavily charged up when talking to the man. Despite the owner apologizing to the man, he slipped and called the police, while the man was confronting him. During the confrontation, the man told the owner to stop disrespecting women. When the police arrived, they immediately confronted the man, instead of assessing the situation/

More in Hip Hop News
Goodwill is reportedly removing all of Kanye West’s Yeezy products from their stores
Chlöe shows off Storm costume, for Halloween [PHOTOS]