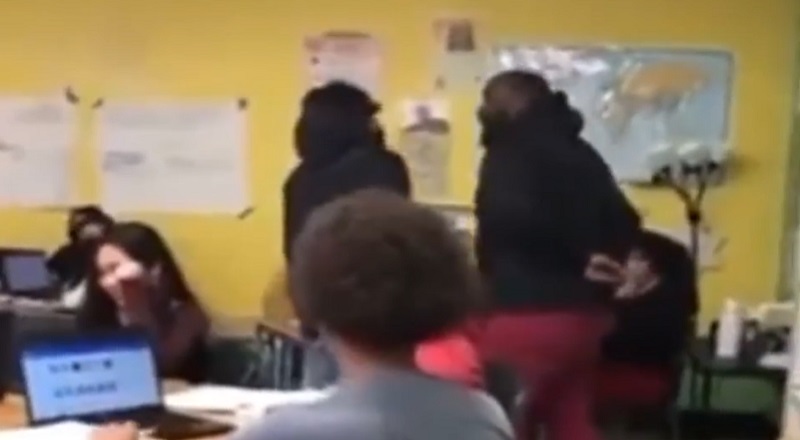 The disrespect from students towards teachers is almost shocking. It’s almost impossible for the teachers to do their jobs, when the students begin acting up. In addition, the rules are now slanted to protect the students. As a result, students are becoming increasingly worse. Traditionally, students always gave substitute teachers a harder time. Nowadays, students target any authority figure. However, there is one kid going viral, who met his match in a sub who put him in his place.

While students do need discipline, the actions from the sub were not warranted. Frustration can lead to people acting out of character. More than likely, that is exactly what happened in that situation. However, how the sub chose to handle this situation probably means the end of his career, and that’s the best case scenario. It is not outside of the realm of possibility that the man could face some kind of charges for his actions, which were on camera.

When the video begins, the child is facing his substitute teacher. Meanwhile, the male sub is repeatedly screaming at the student to “say it again.” After that, the child does utter the “n-word,” which leads to the man going off. He put his hands on the student and then dragged him to the door. After he got him to the door, he threw him out. At this point, the man used some bad language, himself, as he used expletives to tell him to get out.

More in Hip Hop News
Eight people were shot in Oakland, with one fatality, at music video shoot, making it the third consecutive mass shooting in California [VIDEO]
Woman reveals she ran over her baby daddy’s new girlfriend [PHOTO]