Home » Hip Hop News » Black woman was intentionally hit by police car in head on collision, forced out of her car, and forced into police cruiser, after being accused of involvement in high speed chase [VIDEO] 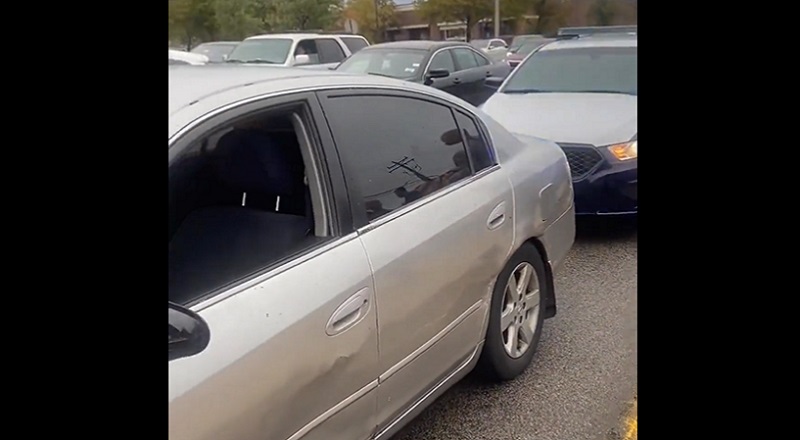 In New York, a woman endured the scariest moment of her life. While leaving the hospital, after giving birth to her child, the woman got into a car accident. The woman was hit head on by a police officer. Unfortunately, this was actually not an accident. Instead, law enforcement incorrectly identified her as a person involved in a high speed chase.

With the woman leaving the hospital, after giving birth, she had her other children with her. As a result, the woman was highly upset. After all, she was trying to get to Walmart to get food for her children. Instead, the woman had her car rammed into, and then she was confronted by the police. Despite it being a case of mistaken identity, the officers did not seem to be very friendly towards her. After what happened, the woman began filming the ordeal.

Rightfully, this woman was upset with what transpired, with the police. Apparently, she gave birth to her child alone. After that, she left the hospital, and was trying to find food for her other children. Instead, she found herself getting rammed, head on, by law enforcement. Their reason for hitting her car was because she fit the description of a vehicle that was involved in a high speed chase. The woman filmed the police, as she showed them try to separate her from her children. After that, they all got on an ambulance, and headed back to the hospital.

Last week Jamee was driving with her kids when cops intentionally rammed into her car and then forced her out at gunpoint. She was cuffed and placed in a cruiser until they figured out they had made a mistake. pic.twitter.com/20HZMkHuLW

More in Hip Hop News
Ice Spice says she doesn’t know why Drake unfollowed her on Instagram [VIDEO]
Ray J uploads suicidal posts on Instagram, as he asked fans if he should jump off of ledge