Home » Hip Hop News » White woman attacks two Black women at the University of Kentucky and called them racial slurs; Woman also attacked the ladies as they tried to help her sit down [VIDEO] 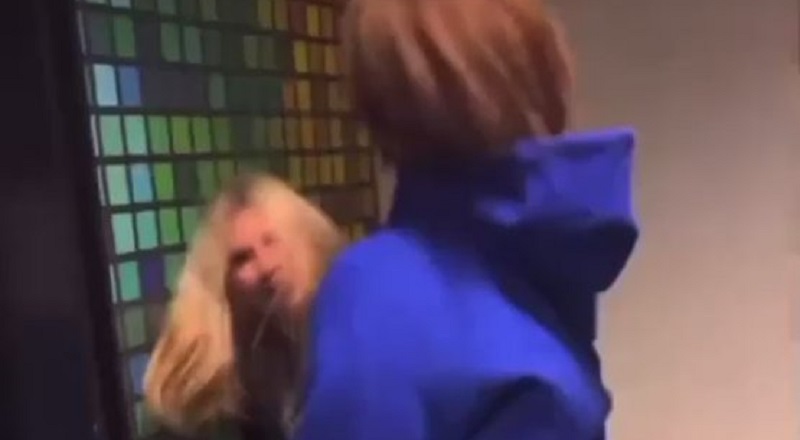 Black women attacked by White woman at University of Kentucky

Now, the University of Kentucky is dealing with social media protests. On Twitter, people are saying “Stand With Kylah,” in support of the first Black woman attacked. The young woman’s name is Kylah Spring. She was attacked by an unprovoked White woman, who happened to be drunk. As a result, people are calling for her to be expelled from UK.

Due to the graphic nature of the video, it is not available on this website. Instead, the video is available on Twitter to view. The video shows the young White female student, whose name is Sophia Rosing, attacking the Black woman, named Kylah Spring. In an effort to defend herself, Spring grabbed Rosing, to no avail. However, another Black female walked up on the incident. As a result, she also tried to defuse the situation. Both ladies tried to help the woman while she was attacking them. When they tried to sit her down, she assaulted both ladies. Now, the story is going viral on Twitter, as people are demanding the University of Kentucky take action in defense of Kylah Spring.

Black women attacked by White woman at University of Kentucky

More in Hip Hop News
LeBron James wears black suit, with Jesus piece chain, to pay homage to Takeoff
Tame One, of Artifacts and Leak Bros, has passed away at the age of 52; Rapper was the first cousin of Redman