Home » Hip Hop News » Blitter creator, goes on a rant, claims he is “The Egyptian God,” and that he sold to Facebook for $1 billion, says Diddy, Jay-Z, and Obama don’t have sh*t on him, refuses to let people delete account 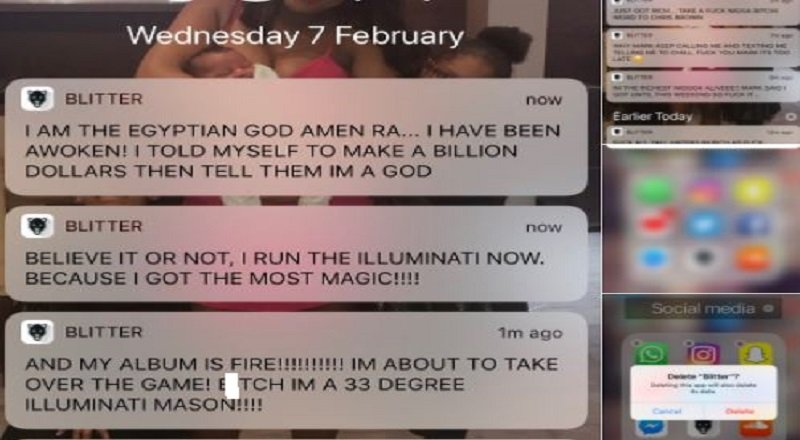 By the way, this is no joke, this is real life, out here. The owner of Blitter, a social networking app, similar to Twitter, but for black people, seems to have lost his mind. For months, people have been complaining about him making the rules much more strict.

Whatever is going on, it’s getting way out of hand. Several Blitter users have taken to Twitter to address what’s going on, saying they’ve gotten tons of notifications from the Blitter app. According to these notifications, Blitter has sold to Facebook for over $1 billion.

The alerts from Blitter have the owner calling himself “Egyptian God,” saying he’s above Diddy, Jay-Z, Drake, Obama, and others. He also has choice words for the other Blitter team members. Meanwhile, the users of the app are unable to delete their accounts, as they are trying to get rid of the app.

Read the tweets about the Blitter meltdown below: