Home » Hip Hop News » Blue Ivy is stepping out of her mother’s shadow and Twitter is all kinds of here for her, with her scene-stealing cameos on Beyoncé’s #SpiritMusicVideo 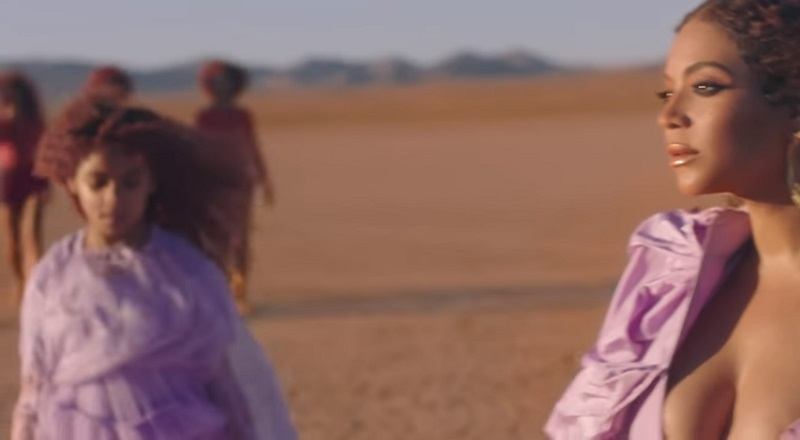 When Jay-Z and Beyonce finally had their child, lofty expectations were placed upon her. Everything about her was unique, even her name, Blue Ivy, stuck out. There were all kinds of rumors surrounding her birth and now her life is often news.

Over the years, Blue Ivy has had tons of heart-warming moments. A few years ago, when Beyonce was rehearsing “Drunk In Love,” Blue crashed it, singing. She literally melted Bey’s heart, when she told her mom she loved her.

Later, in 2017, Blue Ivy did her freestyle, which made 4:44, and had the whole game shook. Last night, Beyonce premiered the “Spirit” music video, on ABC, a boss move within itself. As the world was set to talk about how great Beyonce was, again, which they did, Blue stole the show, in a major way.

Read the tweets about Blue Ivy below:

More in Hip Hop News
Tat It So I Know It’s Real: Blueface and His Two Girlfriends Reveal Huge Matching Tattoos
Choke No Joke claims Young Chris got blackballed by Roc Nation over 2013 photo of Rihanna sitting nude on his lap [VIDEO]