Home » Articles » Blueface Avoids Jail Time in Felony Gun Case Involving Shooting at Man Who Was Robbing Him in 2018; Gets Three Years of Probation and Eight Days of Community Service 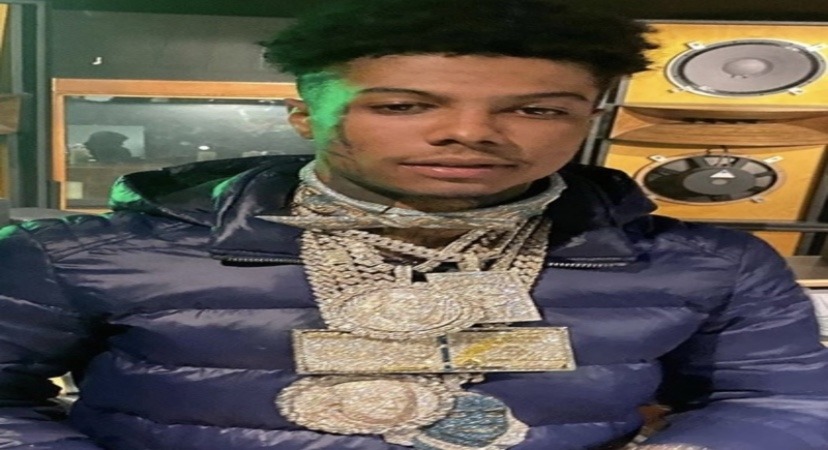 Blueface’s name is still buzzing in the music industry but recently, it hasn’t been for the music. He received backlash on social media for brushing off fellow Los Angeles rapper Nipsey Hussle’s death by saying “N*ggas die everyday B.” He also recently threw money over homeless people in LA while on top of a car for Christmas. This was viewed as extremely disrespectful.

The Cash Money West rapper has also been dealing with legal issues since the end of 2018 as in November of that year, he was robbed at gunpoint at a gas station. He then started to try to shoot at the man in response.

In February, Blueface was charged for one misdemeanor count of carrying a loaded firearm on one’s person or in a vehicle. He was facing three years in prison at the time. According to KHTS though, he appeared in court on December 27 and plead no contest, per Ricardo Santiago, spokesperson for the Los Angeles County District Attorney’s Office. This resulted in him receiving no jail time and instead, will get 36 months of probation and eight days of community service.

In August, Blueface released his “Dirt Bag” EP which featured singles such as “Bleed It” and “Daddy” featuring Rich The Kid but nothing came close to matching the success of his 2018 breakout hit singles, Thotiana. Thankfully for him though, he can focus on coming with another hit in the 2020 and not worry about being locked up.

More in Articles
Kanye West says he takes offense t being called “secular,” which Drake called him in Rap Radar interview, and Kanye said call him whatever, but don’t call him secular [VIDEO]
Mariah Carey’s Twitter got hacked and the hacker has Mariah Carey going in on Eminem, his manhood size, and offers MC to him; Hacker says Connor Miller is the reason for this, as Twitter is in shock