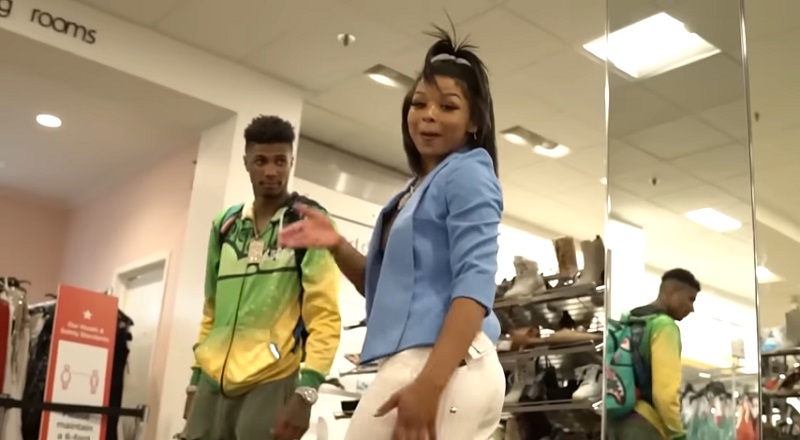 Blueface cancelled after being accused of abusing Chrisean Rock

Blueface rose to fame at the end of 2018, when “Thotiana” took over radio. During that time, he signed with Cash Money Records’ West division, led by Wack 100. In 2019, Blueface continued his success. When the world entered into a lockdown, Blueface became famous for something completely different. He had tons of women in his mansion, with one named Rock Head stealing the show.

Blueface and Rock Head dominated 2020. The world soon came to know Rock Head as Chrisean Rock. In the two years since, Chrisean Rock has become a big name in her own right. Sadly, Rock has risen to fame for all of the wrong reasons. Her entire reputation is based on her being mistreated by Blueface and fighting him, plus the other women in his life. Unfortunately, this includes Blueface’s mother and sister as the women Chrisean Rock has had to fight.

Blueface began trending on social media, earlier today. This morning, Chrisean Rock went on IG Live, and she shared her face looking battered and bruised. When Chrisean Rock shared this information, she said Blueface was the person who did this to her. As a result, people on Twitter are speaking out against Blueface in hopes of ending his career. Unfortunately, there are many others who say there is no use, as Chrisean Rock and Blueface will likely end up back together within a few days.

Blueface cancelled after being accused of abusing Chrisean Rock