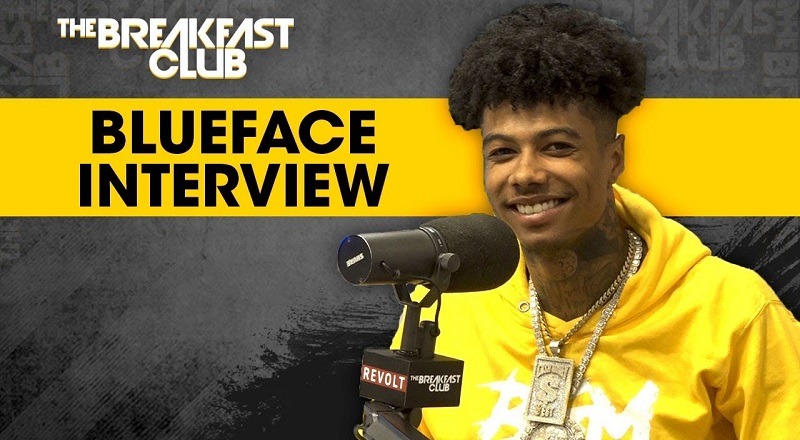 The power of Cash Money Records is somewhat overlooked, but the success of Blueface is Cash Money West. At the end of 2018, he made his strong debut. He has his “Thotiana” single, which has taken over the radio.

Blueface is one of 2019’s breakout artists, alongside Lil Nas X and DaBaby. But, Blueface is on the XXL Freshman list, where he is there with Megan Thee Stallion and Gunna, among others. Outside of the music, Blueface has a wild personal life.

Recently, Blueface stopped by “The Breakfast Club,” where he spoke with DJ Envy, Angela Yee, and Charlamagne Tha God. When it came to lyricism, Charlamagne and Wack100 and Blueface got into a heated debate about lyricism. The conversation also spoke on the two girlfriends, legal issues, his mom and sister, and more.

More in Hip Hop News
#JusticeForJanise: Group of kids physically attack a mentally disabled girl, whose mother died, and share it on social media, sparking outrage on Twitter, and an investigation from the Chicago PD
Blueface’s Sister, Kali, Pens A Diss Track to Him After He Kicked Her and Their Mom Out For His Live-in Girlfriends: “Guess since you a crip, you don’t care about your blood” [VIDEO]