Home » Hip Hop News » Bobby Brown didn’t wanna give that mic back during the #NewEdition acceptance speech; Twitter was here for Bobby keeping it real at the #BETAwards with the polar bear on his shoulder 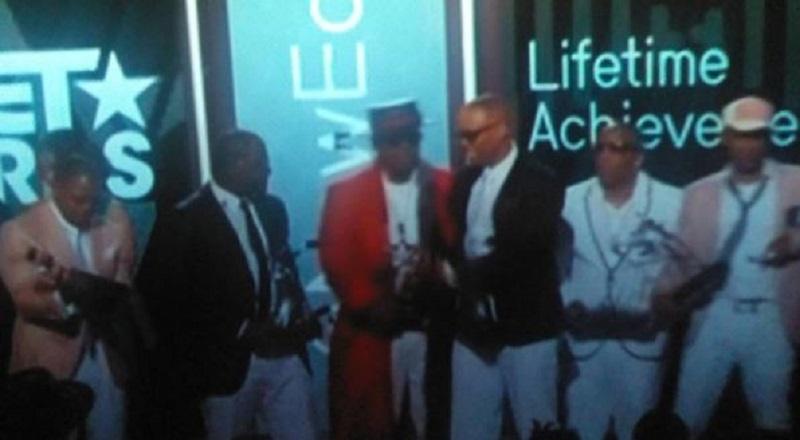 There is still debate, among fans, who the leader of New Edition is. But, what isn’t up for debate is who the most-known member of the group is, everyone knows that. Bobby Brown is the face of New Edition, for better or for worse.

BET’s The New Edition Story showed Bobby Brown being better and worse for New Edition, depending on the frame of time. In the end, it also showed how dedicated every man in the group was. That is why they were crowned at the 2017 BET Awards.

Awarded the Lifetime Achievement, New Edition delivered their acceptance speech. During their speech, Bobby Brown took the mic and, in typical Bobby Brown fashion, kept it all the way 100%, cursing on live TV. But, Twitter was here for it all, and that polar bear on his shoulder.

Read the tweets about Bobby Brown below:

More in Hip Hop News
Lil’ Kim and that outfit… Twitter is going in on her over her #BETAwards platinum jumpsuit, but that booty’s sitting though!
#Xscape came through with the reunion EVERYBODY was waiting for, Twitter was here for it, BET was here for it, and it was worth the wait #BETAwards