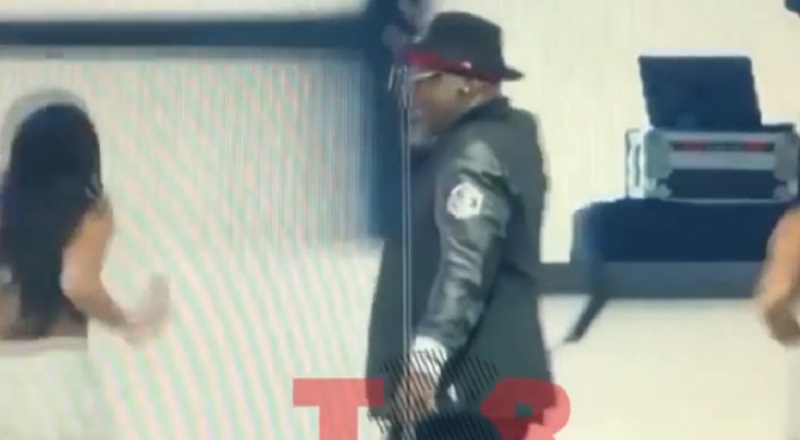 Bobby Brown is a legend in the game. Lately, Bobby Brown is enjoying a resurgence in his career. Recently, he returned to reality TV with “Every Little Step,” on A&E. Aside from that, Bobby Brown has reunited with New Edition. Their reunion took place at Essence Fest.

Bobby Brown is one of the original R&B bad boys. At the time, Bobby Brown’s style and music was cutting edge. What many people enjoy now is the template Bobby Brown created. Everything from the 1990s fade haircuts to the style of dress, Bobby Brown originated.

Bobby Brown is no longer a young man, however. Because of this, fans were happy to see New Edition reunited and performing. At Essence Fest, New Edition took the show over. With Bobby Brown, of course he had to also do his solo set. As a result, Bobby Brown and his dancers took the stage. When it got to “Every Little Step,” Bobby Brown had the crowd with him. While he danced, the crowd was chanting “Go, Bobby.” However, it was clear that Bobby Brown was done. Not longer after, Bobby Brown stopped dancing, and let his dancers finish the set for him.