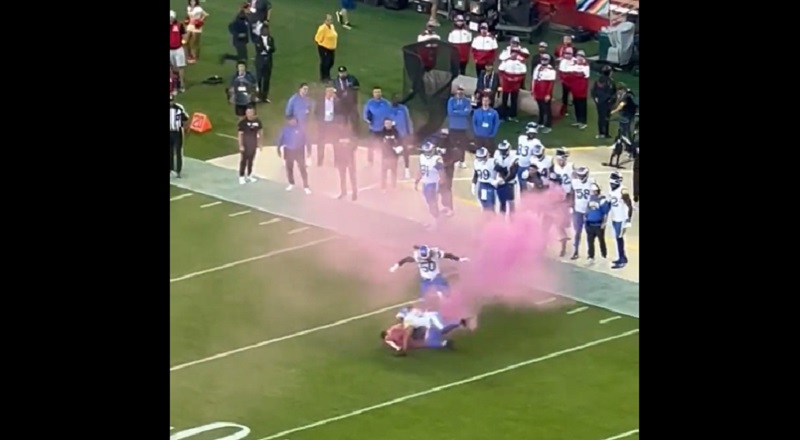 Bobby Wagner tackles fan who ran onto the field during game

Bobby Wagner is currently one of the most discussed names on social media. Wagner ended up taking matters into his own hands, when a protestor decided to interrupt the game. An animal rights protestor made the decision to run onto the field. Wagner’s LA Rams were playing the 49ers, in San Francisco, so he put a stop to it.

Bobby Wagner joined the NFL, in 2012, when he was drafted to the Seattle Seahawks. In only his second year, Wagner won the Super Bowl. The following year, Wagner and the Seahawks returned to the Super Bowl, where they would fall short of the title. After that, Wagner remained in Seattle until 2021, when the Seahawks released him. As a result, Wagner signed with the Los Angeles Rams.

Bobby Wagner watched while a protestor tried to interrupt the game, last night. Wagner watched from the sidelines, as an animal rights protestor ran across the field spreading pink dust. While many members of the stadium security tried to catch the man, they were unable to. In the end, it took a real NFL player to give a true football tackle to put a stop to the man. Wagner ended up running the man down and tackling him, putting an end to the protest, and allowing the game to continue.

Bobby Wagner tackles fan who ran onto the field during game

OMG BOBBY WAGNER JUST TRUCKED THE FAN THAT RAN ON THE FIELD pic.twitter.com/uwoEzkrFxc