Home » Hip Hop News » Boogie: Demarcus Cousins is celebrated on Twitter after dropping 55 on the Blazers in Kings’ 126-121 victory and mouthpiece issue 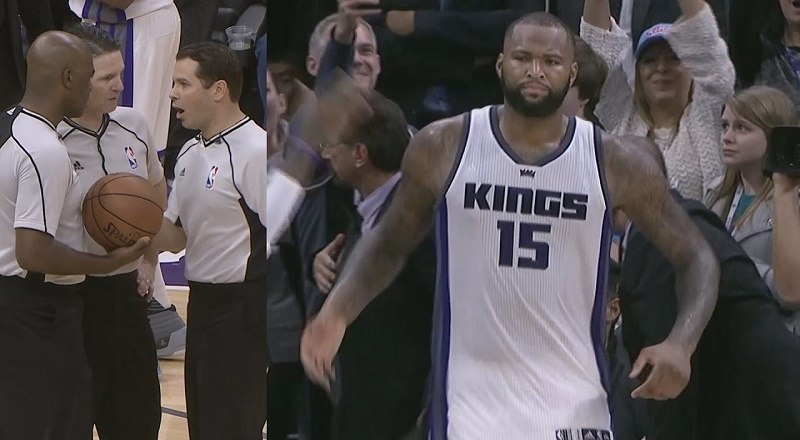 A couple days ago, we did an article talking about Demarcus Cousins and his outbursts. What he did and how he treated that reporter was not right, but dude is frustrated. It is crazy that Demarcus Cousins is this good and the Sacramento Kings are this bad.

Honestly, fans of teams like the Hornets, Celtics, Timberwolves, Bucks, and Thunder know their teams would be much better with Cousins on the roster. Those teams have the supporting cast, but not the star. It’s weird to even think that Cousins has never even been in the playoffs.

Last night, Demarcus Cousins showed how good he was in the Kings’ win over the Portland Trail Blazers. Angry, Cousins dropped 55 points, but his mouthpiece incident got him ejected, which was later overturned. During the post-game interview, Cousins vented his frustrations.

Read the Boogie tweets below: