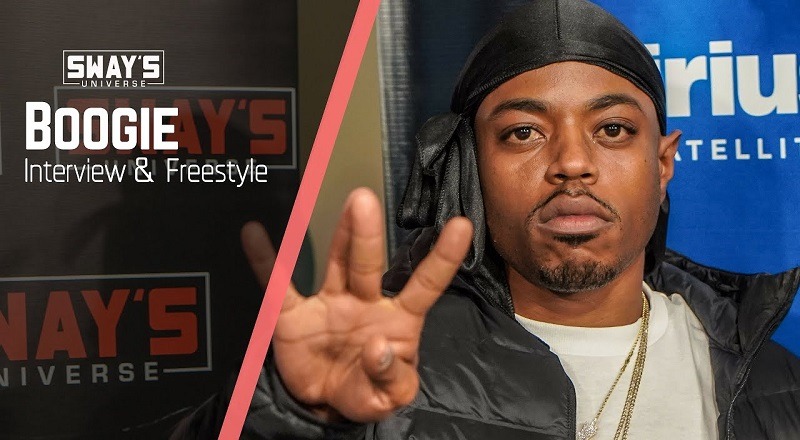 Over the past few years, Boogie has been making noise. The popular rapper signed with Eminem’s Shady Records, which is one of the most-iconic labels in hip hop. Shady Records is one of Interscope’s most-popular labels and closely aligned with Dr. Dre’s Aftermath.

In 2012, Dr. Dre signed Kendrick Lamar to Aftermath, while Kendrick’s label, TDE, also signed with Interscope. This brought TDE into this family of record labels. Boogie was among the first artists signed since this new alignment.

Recently, Boogie stopped by Shade 45, where he and Sway talked for an episode of “Sway In The Morning.” He came in to talk about his new album, which is filled with bars. Before he left, he provided bars on a freestyle over Kendrick’s “Sing For Me.”