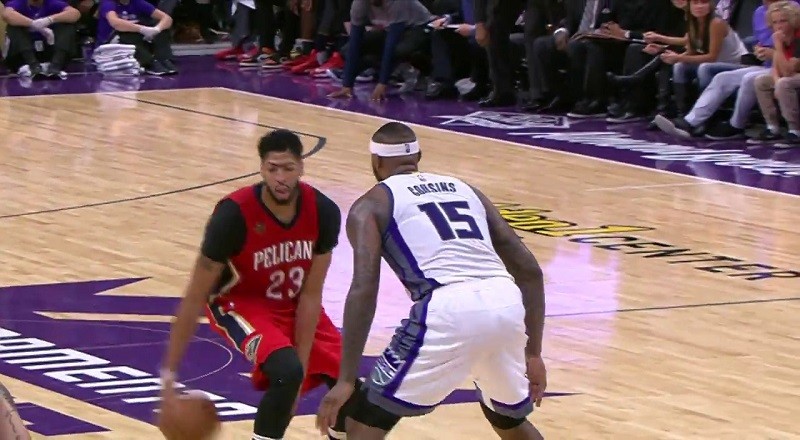 Heading into the 2017 NBA All-Star Game, it is no secret there are a lot of stars struggling. Since 2014, Paul George has struggled with the Pacers, leading him joining a list. This list includes DeMarcus Cousins at the top, Anthony Davis, and Kemba Walker.

Fans of the Pacers, Kings, Pelicans, and Hornets have often had fan discussion about how much better their teams would be. This usually includes AD and Boogie joining their roster. Admittedly, few other teams are really in the market for Kemba Walker.

However, New Orleans Pelicans fans have been in uproar on Twitter for about an hour, now. Recently, there was a tweet that went out saying that the Pelicans are considering trading for DeMarcus Cousins, dealing Buddy Hield. Several people, on both sides, are debating over this on Twitter.

More in Hip Hop News
Future is STILL trying to get at Larsa Pippen, commenting with the heart emoji on her latest IG pic “💛 Forever” [PHOTO]
Larsa Pippen is catching backlash on Twitter after fans investigated her IG to find several men, not just Future, in her comments after her and Scottie made up