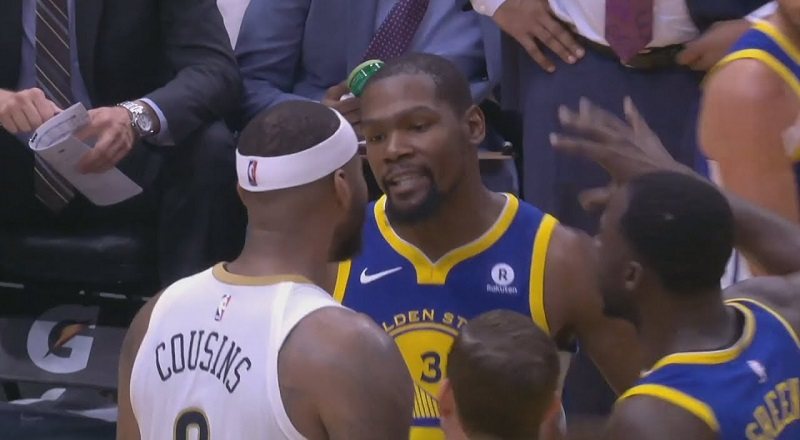 Just like that, things changed, and it’s amazing how fast the complexion of teams can change. In the playoffs, after the New Orleans Pelicans pulled off the stunning sweep over Portland, some thought they could give the Warriors a challenge. That didn’t happen, long story short.

What did happen, though, was the Pelicans proved they could be a contender. Unfortunately, DeMarcus Cousins missed the playoffs, due to injury. He and Anthony Davis were just beginning to hit their stride, as the core formed with Jrue Holiday and Rajon Rondo.

But, things have changed, as Rajon Rondo is with the Lakers, making him and LeBron James TEAMMATES. Also, after this fight, between Boogie and Kevin Durant, they’re teammates. Tonight, DeMarcus Cousins signed with the Golden State Warriors and Twitter doesn’t like this one, at all.

Read the “Boogie To The Warriors” tweets below:

More in Hip Hop News
Stevie J and Sean just turned out Jessica Dime’s baby shower; #LHHATL fans go on Twitter with straight jokes about them ruining the party and question why only Sean got escorted out by security, when Stevie started it
SPOILER ALERT: #Power (Season 5, Episode 2) – “Damage Control”