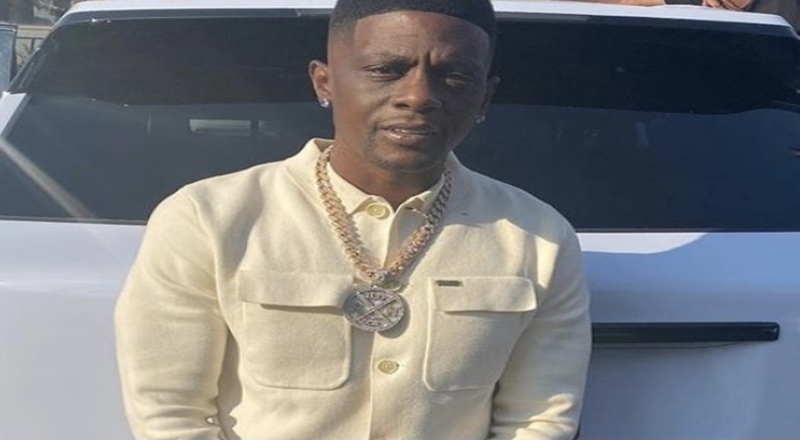 It’s been almost two weeks since Boosie Badazz was shot in the leg in Dallas, TX. This occurred while the Louisiana rapper was inside his sprinter van in the Big T outside shopping plaza. Boosie was hit in the leg and this ended up requiring two surgeries.

Now, Boosie is updating his fans on Twitter and revealed that he has one more surgery to go. He has also been able to rest at home after getting released from the hospital last Tuesday. At the time, he was till feeling pain near his knee.

Boosie is still focused on securing the bag despite his injury. On Thanksgiving night, he will be appearing at Exquis Event Center in Charleston, SC. On November 28, he will also be at Side Effects Reloaded in Birmingham, AL to celebrate his 38th birthday since he wasn’t able to do so on November 14.

The shooting in Dallas also happened the same week that Boosie’s close friend, Mo3, was shot and killed there. Dallas was Mo3’s hometown as he was shot in the head by a masked man on an interstate. This occurred after Mo3 left a “female companion’s” house.

Continue Reading
You may also like...
Related Topics:Boosie Badazz, dallas

More in Hip Hop News
Teyana Taylor tells radio host, Karson Tager, to stay out of black women’s business, when he jumps into her conversation about the #GRAMMYs not nominating any women for the Best R&B album category, after he tells her no men were nominated in rock, either [PHOTO]
Barack Obama speaks on our imperfect democracy, marital pressures, racism, and what he did for black people, on “The Breakfast Club” [VIDEO]