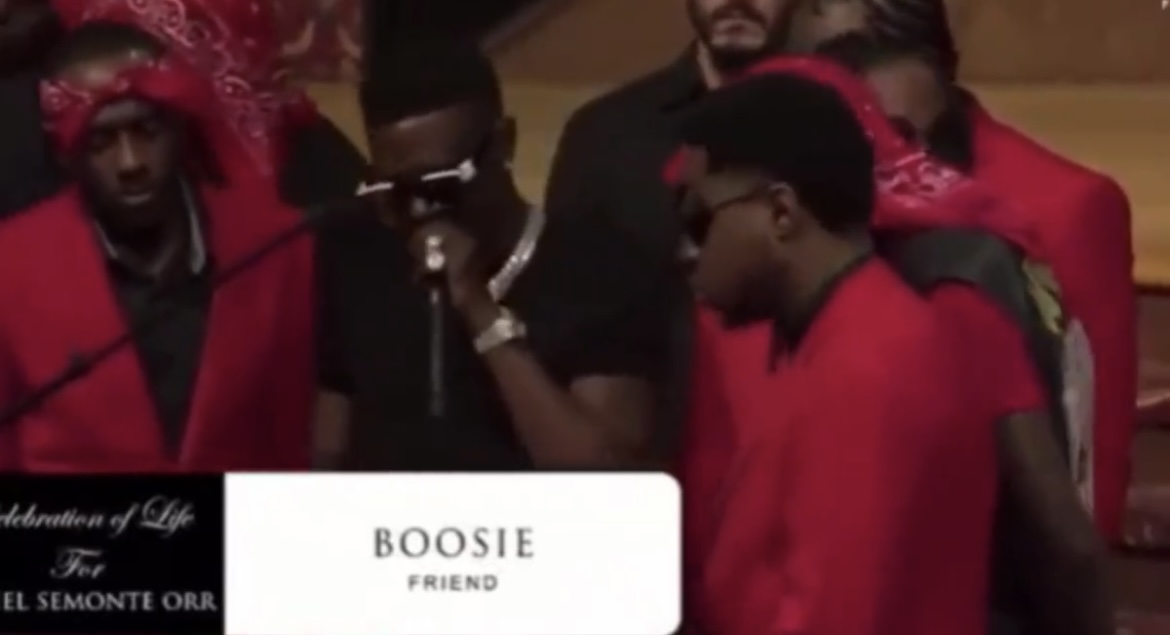 Boosie gets emotional while speaking at Trouble’s funeral

Today in Decatur, outside of Atlanta, Trouble had his funeral. However, it was definitely an emotional day for the fury, as the popular Atlanta rapper was shot and killed, over a week ago.

Friends and family members of Trouble’s were in attendance, including his close friend Boosie. Boosie and Trouble collaborated on songs together, and also hung out in Atlanta.

Therefore, Boosie took the stage to speak at Trouble’s funeral, as he held back tears. Boosie sported a pair of black sunglasses, as he said he didn’t get to tell Trouble that he loved him. But, Boosie did take that moment to acknowledge that he does love Trouble.

However, 33-year-old Jamichael Jones has since been arrested, for the shooting death of Trouble. Trouble was in bed with Jones’ ex-girlfriend, who he still had issues with. Jones reportedly punched the woman in her sleep, which resulted in Trouble intervening. Trouble soon ended up being shot in the chest.

Check out Boosie speaking at Trouble’s funeral on Monday, below.

Boosie gets emotional while speaking at Trouble’s funeral 🙏 pic.twitter.com/dBBFem5puB

Boosie gets emotional while speaking at Trouble’s funeral

Continue Reading
You may also like...
Related Topics:Boosie, featured, trouble

More in Hip Hop News
Tisha Campbell says that she and Martin Lawrence had to “reconnect and forgive,” after she filed sexual harassment lawsuit against Lawrence, in 1997 [VIDEO]
Brent Faiyaz announces new “Wasteland” album; Features to include Drake, Alicia Keys, Tyler, The Creator, and more [VIDEO]