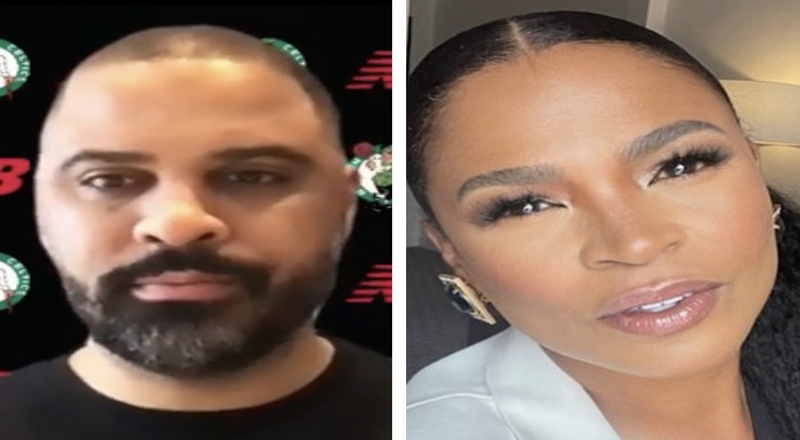 On Wednesday night, news surfaced that Boston Celtics Head Coach Ime Udoka was facing disciplinary action. ESPN’s Adrian Wojnarowski revealed that this situation wasn’t one where Udoka’s job was in jeopardy, though.

Yahoo’s Shams Charania soon went on to break news after midnight, what Udoka actually did wrong. He reportedly had had n “improper and consensual relationship” with a female member of the team staff. This is also viewed as a violation of the Celtics’ code of conduct. As of now, Udoka is reportedly facing a significant suspension, from the team.

News of Udoka’s reported affair with this team staff member has since had Twitter on fire. He’s been with Nia Long since 2010, and has a child with her. Many online couldn’t believe that Udoka allegedly cheated on someone as beautiful and iconic, as Long.

Long frequently attended Celtics games last season, as it was Udoka’s first season as the team’s head coach. He impressively helped Boston make a mid-season turnaround, and took them all the way to the NBA Finals, where they fell to the Golden State Warriors, in six games.

Check out Twitter reactions to Ime Udoka’s alleged affair, below.

Guys when they find out Nia Long about to be single after ime udoka cheated on her pic.twitter.com/FDHrsAmjXn

Nba players on their way to dm nia long after finding out ime udoka was sleeping around on round trips pic.twitter.com/eShqTZW9T1

More in Hip Hop News
Boosie offers Tiffany Haddish to make a comedy film with him, after Haddish said she lost everything, due to child molestation lawsuit
Baby Tate announces “Mani/Pedi” mixtape, coming on September 30