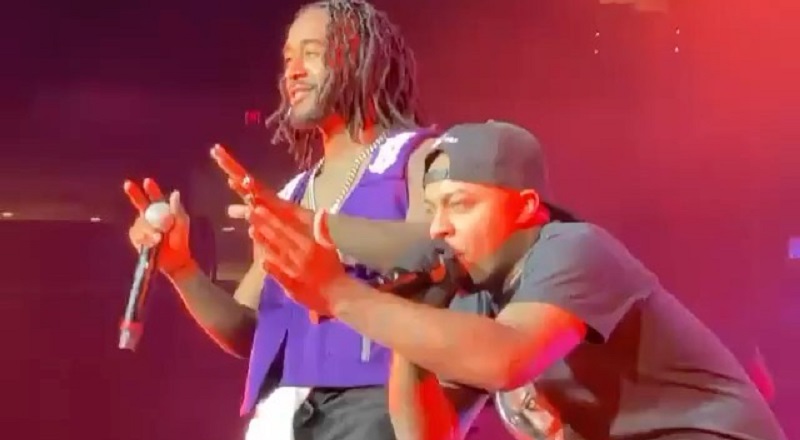 In the early 2000s, teenage stars took over hip hop. The leader of this pack was Bow Wow. But, B2K also had a huge impact, and J-Boog had the idea of doing The Millennium Tour, which has been a major success.

Bow Wow and B2K hit the road, alongside the likes of Chris Brown, Trey Songz, and Ashanti. These people, along with other artists from that era, are performing their old hits. A lot of younger adults have loved reliving middle school.

This morning, Bow Wow took to Twitter, responding to a fan asking why he only performs for fifteen minutes. In his response, he said Omarion is the headliner. Later, he marked his face off The Millennium Tour flyer.

Considering himself no longer on the tour, Bow went on a Twitter rant. He said he should have waited and done a tour with Chris Brown. With that being said, he is withdrawing from The Millennium Tour.

More in Hip Hop News
Woman on Facebook, Katrina Jeter, claims she bought a “roach salad,” from a person selling plates on FB [PHOTOS]
DaBaby tries to feed a lion, but runs when the lion touches him [VIDEO]