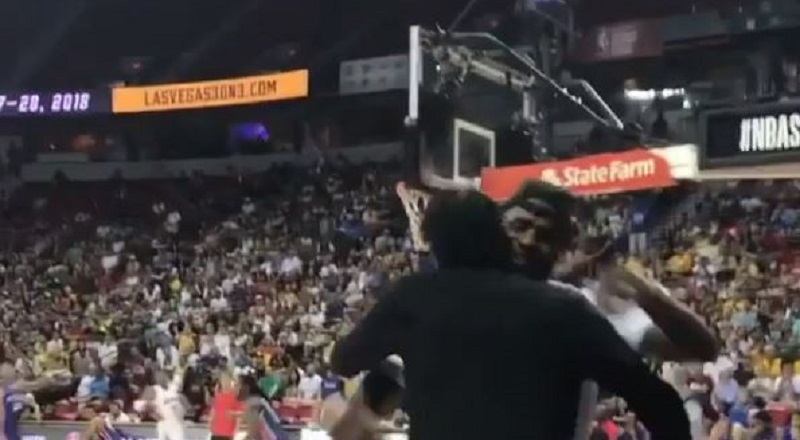 Landing LeBron James has instantly made the Lakers contenders, once again. Early in his career, LeBron James would go all out, leading his teams to 60 wins, regularly. But, the most wins he’s led a team to, since 2015, was 57, as he’s focused more on the playoffs.

Joining the Los Angeles Lakers, LeBron James joins a young team with a core of Brandon Ingram, Lonzo Ball, and Kyle Kuzma. In many ways, this team is reminiscent of the Sixers coming into last season. Like those Sixers, the Lakers wanted to land LeBron James.

Fans are looking forward to seeing LeBron James with his newest big three. The closest fans got was this Summer League game, which is where Brandon Ingram and LeBron James officially met. All of this, plus the Jheri curl Brandon Ingram is rocking, has set Twitter off.

Read the tweets about Brandon Ingram below: