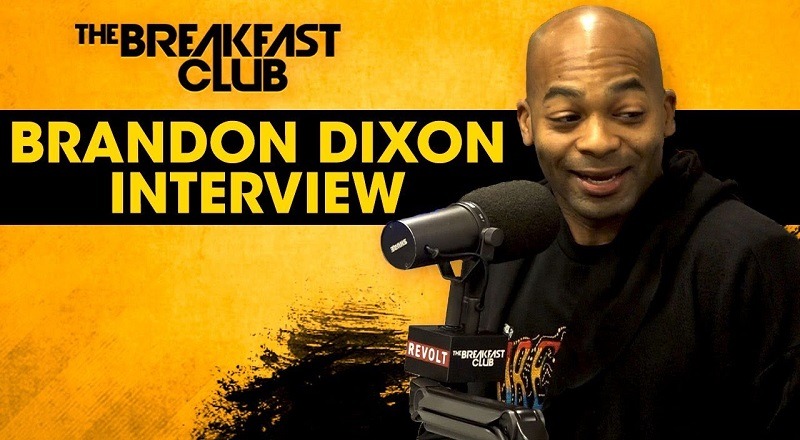 Following the election of Donald Trump, to the presidency, there was a bold Broadway actor, who called out the president-elect. This was during a performance of “Hamilton,” which Mike Pence attended. The actor was Brandon Victor Dixon.

By the masses, Dixon was unknown, but he soon became a household name. Once the summer hit, Dixon was playing the role of Terry Silver. The fans didn’t like him for pursuing the character of Tasha (Naturi Naughton), because of Ghost (Omari Hardwick).

Brandon Victor Dixon was killed off during season five, last season, so he’s back on his grind. Showing up on “The Breakfast Club,” he spoke with DJ Envy, Angela Yee, and Charlamagne Tha God. Their conversation touched on politics, social ideologies, black ownership, and more.