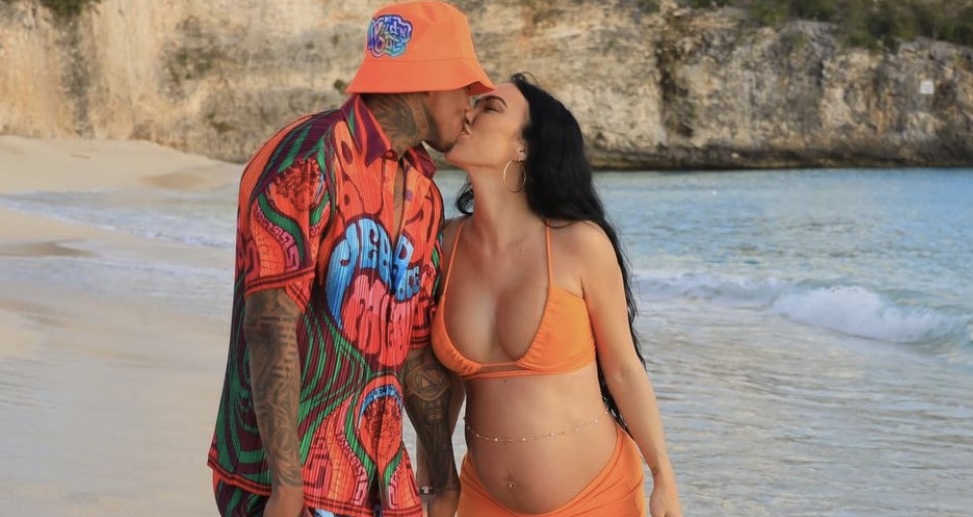 Nick Cannon has been a huge trending topic over the past year. This is due to the many kids that he’s welcomed into the world, with different women.

A few months ago, he and Bre Tiesi revealed that they’re also expecting a child together. This is Cannon’s fifth child, over the past year and a half. Tiesi is the ex-wife of former NFL player, Johnny Manziel. Despite the many kids that Cannon continues to have, Tiesi appears to be in love with Cannon, and is ready to give birth to their child.

Todsy on Instagram, Tiesi posted new photos with Cannon, on a beach. She labeled this vacation as a “Babymoon.” It’s unclear where exactly the two ventured off to, though.

”Babymoonin. I still just can’t believe it. Baby C. Mommy and daddy love u so much already.”

Recently, Cannon also revealed that he is open to the idea of finally getting a vasectomy. He even claimed that many vasectomy companies have asked him in his Instagram DMs, to be their spokesperson. Cannon hasn’t decided on the vasectomy yet though, as well as the spokesperson move.

Check out photos of Nick Cannon and Bre Tiesi’s babymoon vacation, below.