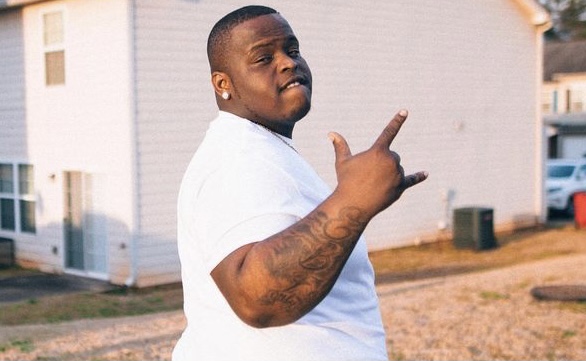 North Carolina continues to produce a lot of solid talent from various regions of the state. The latest breakout star is Morray, out of Fayetteville. He’s been buzzing with singles such as “Dreamland” and “Lowkey.” “Quicksand” also helped him blow up last year. Even fellow Fayetteville native, J. Cole, gave Morray a huge co-sign.

Now, Morray has just inked a deal with Insterscope Records, per Billboard. This is also in partnership with Pick Six Records. Interscope Geffen A&M CEO, John Janick, had some very high praise for Morray after they signed this deal.

“Morray is an undeniable talent with an infectious energy,” said Janick. “We couldn’t be more excited to partner with Moe & his incredible team at Pick Six for what’s to come.”

Morray also expressed his excitement in working with two great teams in Pick Six and Interscope. He views both situations as blessings that will greatly help his career moving forward.

“It’s just so dope to be on a winning team with Pick Six, and to add a powerhouse like Interscope to the mix is just an amazing blessing,” said Morray.

Morray’s last single was “Kingdom” in early February. Fans now hope for the possibility of his debut album dropping in 2021 as well.

More in Hip Hop News
Young Stoner Life, Young Thug, and Gunna’s “Slime Language 2” Album Projected To Debut at No. 1 on Billboard 200 Chart
Black Rob, the rapper best-known for his hit single, “Whoa,” has died at the age of 51, after being hospitalized for a week