Home » Hip Hop News » Brent Faiyaz denies that it was him, who was involved in scuffle, at an LA rooftop lounge 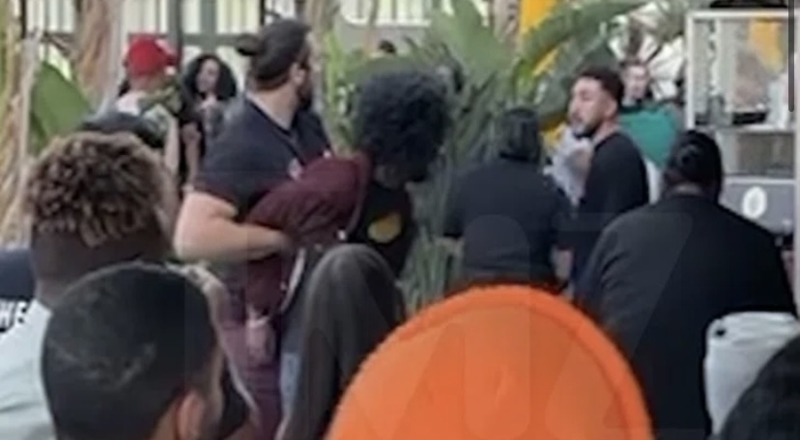 Brent Faiyaz denies getting into fight at LA rooftop lounge

On Saturday, it was reported by TMZ, that Brent Faiyaz was allegedly involved in a scuffle, in Los Angeles. This was said to have went down at the Mama Shelter hotel. Brent was allegedly at the rooftop lounge at this hotel, as well. Footage which appeared to be him, displayed the R&B star speaking with friends and fans.

A man soon apparently approached Brent, and then a fight broke out between the two. Words were exchanged, and something that was said, caused the altercation. Security soon held both men back, as police were then called to the scene. No arrests were made, though.

Now, Brent is denying that it was him, in the viral footage. He quote replied to the TMZ article, and said “Wasn’t me.” At this point, the link to that article no longer exists.

This man looked very similar to Brent, but in the end, it seems that it wasn’t him, after all. Brent has been known as one of the biggest R&B artists in the industry, as he’s collaborated with Drake, Baby Keem, Juice WRLD, A$AP Ferg, and more. Last summer, Brent also released a huge single with Drake, which was “Wasting Time.”

Brent Faiyaz denies getting into fight at LA rooftop lounge

Continue Reading
You may also like...
Related Topics:brent faiyaz, featured