Home » Hip Hop News » Brett Favre gets dragged on Twitter and called “welfare queen,” after reports of former Mississippi governor giving him $6 million of state’s welfare fund for him to build volleyball facility, and paying him for speaking gigs 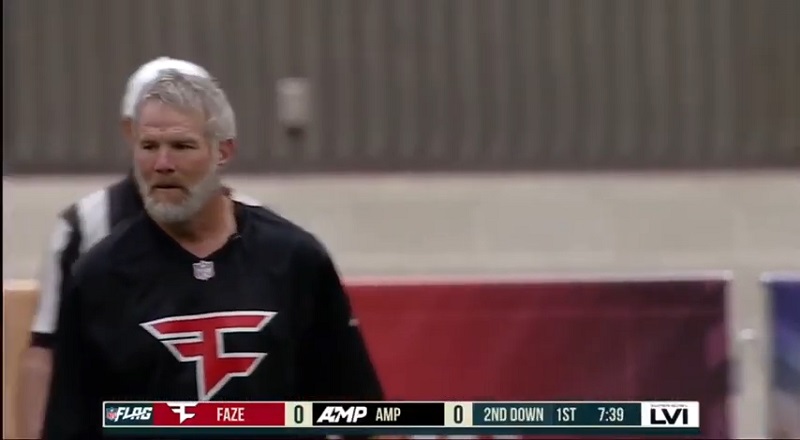 Brett Favre has recently been under fire, after reports of him using Mississippi’s welfare funds. After all, Favre is a multi millionaire. While Brett Favre played twenty years in the NFL, he is best known for the fifteen years he played for the Green Bay Packers. That span saw Favre become an NFL legend and a very wealthy man. Now, Favre is accused of using welfare funds for his projects. As a result, fans are disappointed.

Brett Favre spent most of his NFL career as a fan favorite. In 2005, he began to cause frustration, though. When Favre entered his fourteenth career year, he hinted at retirement. Throughout the 2005 season, fans expected Favre to announce his retirement. Instead, he returned in 2006 and 2007, putting fans through the same back and forth. By 2007, Brett Favre indeed retired, and held a press conference with the Green Bay Packers. Days later, he changed his mind, but the Packers refused to re-sign him. As a result, Brett Favre joined the New York Jets. He retired with the Minnesota Vikings.

Brett Favre has kept a low profile, since retiring from the NFL. Rarely has he made headlines, outside of the sports world. When reports of Mississippi’s former governor, Phil Bryant, giving Favre $6 million, originally intended for the state’s welfare fund surfaced, Favre returned to the headlines. According to reports, this money went into a volleyball facility Favre is building and for speaking engagements. Now, he is facing a lot of backlash. As a result, people on Twitter are insulting Favre.

More in Hip Hop News
Woman on TikTok reveals she goes to expensive restaurants and tricks random men into paying her bill [VIDEO]
Nia Long breaks silence on Ime Udoka’s cheating scandal, reportedly saying she is going to need all of the help she can get