Home » Hip Hop News » Brittany O’Grady, of #STAR fame, mocks Whitney Houston on IG Story, sharing her Coke bottle with “Whitney” name on it, and playing “I Wanna Dance With Somebody” [PHOTO] 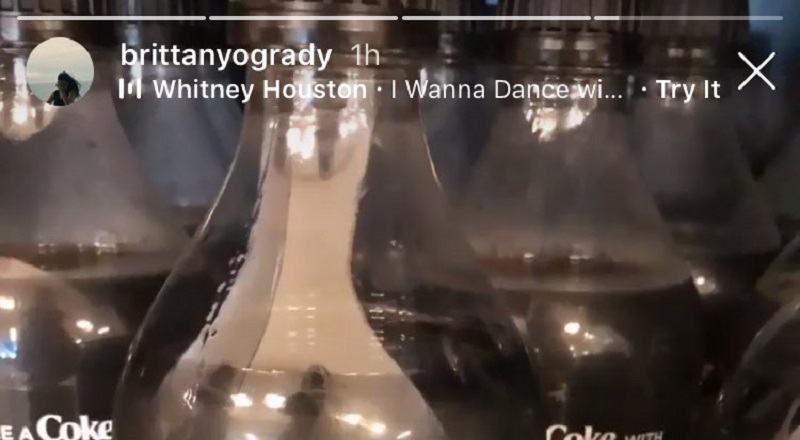 Since late 2016, the world has come to know Brittany O’Grady best as the character of Simone, a troubled but talented teen singer. She is the younger sister of Star (Jude DeMorest). Together with Alex (Ryan Destiny), they are a part of a girl-group.

The past three years have seen Simone, Star, and Alex get into all kinds of mystery, murder, and mayhem. Through it all, the three only got stronger. In their corner was Carlotta (Queen Latifah) mentoring the ladies.

In the case of Simone, unintentionally her story isn’t all that different from that of Whitney Houston. But, Brittany O’Grady is only an actress, and her life is much different. Unfortunately, her idea of a joke ended up going a little too far, and was offensive, shown with her recent IG Story.