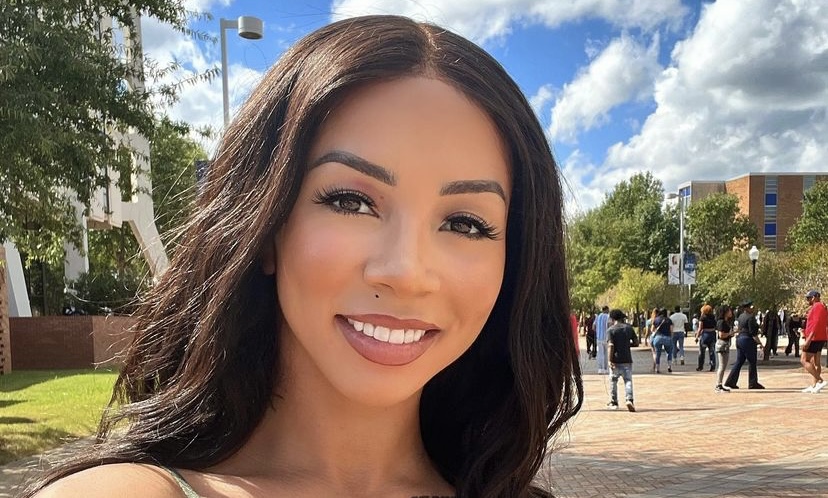 Brittany Renner has definitely known how to make headlines, in 2021. In May, she gave birth to her and Charlotte Hornets Forward, PJ Washington’s son. The two ended up splitting at the end of the summer, as Washington claimed that Renner was “faking” their relationship, the entire time. The two had been dating since his freshman year at the University of Kentucky.

Social media has since been criticizing Renner, as rumors also surfaced that she supposedly tried to get $200,000 a month, in child support. Washington ended up shutting that speculation down, though.

Last weekend, Renner also has social media buzzing, due to a selfie she took, while visiting Jackson State University. In her photo, she said that the school needs to “hide their sons.” This drew backlash, due to Renner being 29-years-old, and JSU students being 18-22.

Now, Renner is clapping back at a Twitter user, who isn’t approving of her visit to JSU. They said:

“Wow !!!! Imagine the outrage if a grown 30 something year old man went up to a college campus and tweeted a pix of himself with the caption hide your daughters smh Just keep the same energy both ways.”

Renner explained to them how these men at JSU are legal, and the feelings are mutual, if one of them is interested in her, and she in them. Renner also joked about how they should call former “To Catch A Predator” host, Chris Hansen.

It looks like Renner will continue to remain nonchalant about her moves, in the dating scene. Over a month ago, she also claimed that it’s “step daddy season,” and not to let the parent of someone’s children stop them, from dating.

Continue Reading
You may also like...
Related Topics:brittany renner, featured