Home » Hip Hop News » Bron Bron … Fans on Twitter have predicted the Cavs will be swept in the 2018 #NBAFinals, and say they feel sorry for him, as they guess he’s leaving Cleveland, after going 1-8 against the Warriors, since beating them in 2016 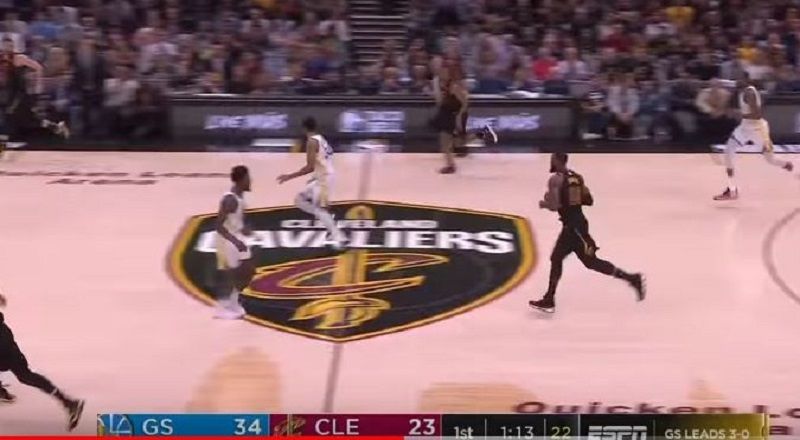 Nothing can take away from LeBron James’ legacy. For years, people have pit him against Michael Jordan, giving him the edge for winning six titles, without ever losing in the NBA Finals. Now that LeBron James has gone to the Finals eight straight times, that deserves recognition.

LeBron James began his run with the Miami Heat, taking them to the Finals four times. There, he won two titles, before going back to Cleveland, where they have been to four NBA Finals, winning one. In his early years, he also led Cleveland to the Finals.

Tonight, it looks like back to the future, as his 2007 NBA Finals run was a sweep, ending at home. The Warriors are close to doing that, again, and fans on Twitter are already speculating. These fans predict the Cavs will go down 0-4, and that “Bron Bron” is leaving Cleveland, again.

Read the tweets about “Bron Bron” below:

More in Hip Hop News
Mark Jackson, Game 4 fans don’t wanna hear about Kyrie Irving! Twitter is going in on Mark Jackson and Jeff Van Gundy for “excellent” analysis of Cleveland Cavaliers missing Kyrie Irving + Clowns Mark Jackson for getting fired by the #Warriors for Steve Kerr #NBAFinals
Anita Baker is playing during the #NBAFinals? Twitter says “you know it’s bad” when the NBA starts playing R&B, so the Warriors REALLY did the Cavs in #Game4