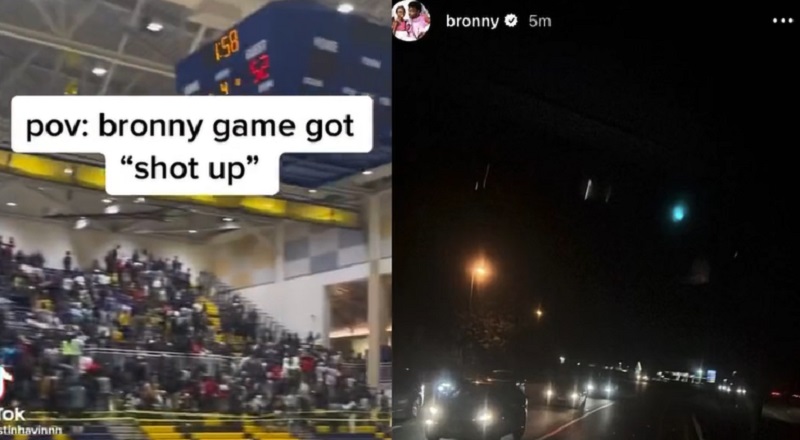 Bronny James is the son of LeBron James and the hype has been around him for some time. During the 2020 pandemic, Bronny began making his first headlines. Earlier this year, Bronny had to deal with social media criticizing him for living his life. However, none of this has stopped him from living his life, and getting his money.

Bronny James definitely has a lot of attention and much of that stems from who is father is. Aside from that, Bronny is doing his thing at the Sierra Canyon High School basketball program. During the summer of 2021, the school was put on the map, due to Drake being rumored to have been dating Bronny’s teammate, Amari Bailey’s, mother.

Bronny James has kept himself focused, despite the nonsense that has surrounded the team. As a result, he has a deal with Beats by Dre. While some have criticized Bronny, saying LeBron James got him the deal, Bronny has kept a level head in order to walk through those doors. With that being said, Bronny has played very well for Sierra Canyon High School. However, the outside forces are what stopped his most recent game. While Bronny and the rest of the team were playing, there were rumors of someone having a gun. This led to the game being stopped. On IG Story, Bronny responded, complaining that high schoolers cannot even hoop in peace.

Somebody allegedly pulled a gun out at Bronny game last night. 😳 pic.twitter.com/mLYKWXtVPL

More in Hip Hop News
The Lakers get roasted on Twitter for locker room celebration for their first win of the season, which brings their record to 1-5
Travis Scott and Kylie Jenner list their Beverly Hills mansion, for nearly $22 million [PHOTOS]