Home » Hip Hop News » Fans on Twitter show major love to Brooke Valentine and Marcus Black, after finding out they got married #LHHFamReunion 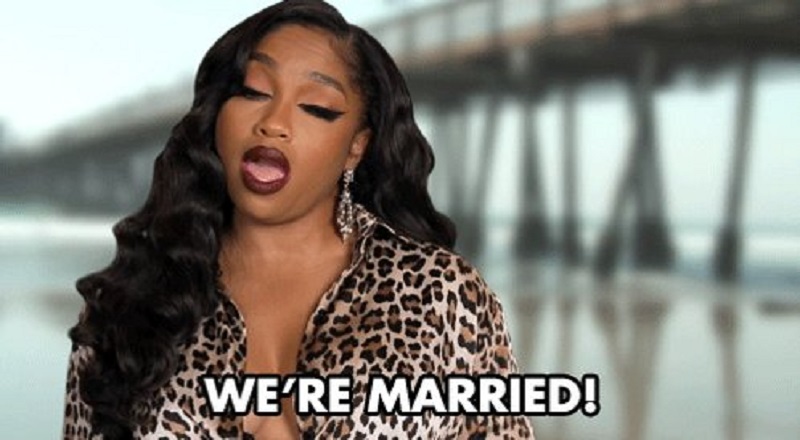 There was no shame in her game, Brooke Valentine chased Marcus Black, and she won his heart. On the “Love & Hip Hop Family Reunion,” Brooke revealed she and Marcus are married. The two were last seen, in 2017, on “Love & Hip Hop Hollywood.”

Brooke Valentine made it clear Marcus Black was the one for her. She stopped at nothing to have it, bordering on an obsession with him. Often, fans on Twitter called her crazy for all she did to be with him, especially with Booby having a crush on her.

In the end, Brooke Valentine saw in Marcus Black what the world couldn’t see. The two are now parents of a child together and husband and wife. On the opening scene of the “Love & Hip Hop Family Reunion,” Brooke revealed she and Marcus are married. Now, fans on Twitter are giving the couple major props.

More in Hip Hop News
Young Dolph’s Upcoming Public Memorial at FedExForum, in Memphis, To Make Tickets Available For Free
Rich wants Erica back; Twitter tells him to get off of her #LHHFamReunion