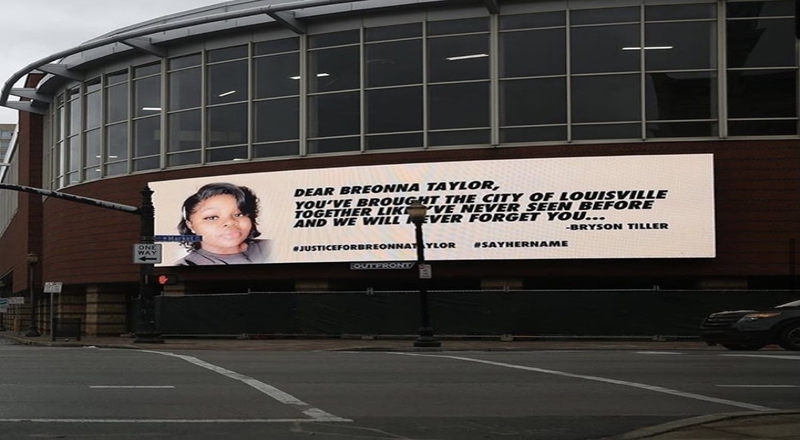 Bryson Tiller is getting ready to release his third studio album, “Anniversary,” tonight which is five years to the day that his debut album, “Trap Soul,” was released. He is also generating buzz on social media for the “Outta Time” record featuring Drake that will appear on Anniversary. Tiller has also released his “Inhale” and “Always Forever” singles as well as his Trap Soul deluxe album last week.

Tiller is also making an impact in his hometown of Louisville as he placed two billboards of Breonna Taylor there. This comes a week after no charges were brought onto the officers who murdered her (Jonathan Mattingly, Brett Hankison, and Myles Cosgrove) in March at her home. One billboard read “We love you Breonna Taylor- Bryson Tiller.” The other said “Dear Breonna Taylor. You’ve brought the city of Louisville together like I’ve never seen before and we will never forget you…”

Protests have since continue to be ongoing in Louisville as well as nationwide. Kentucky Attorney General, Daniel Cameron, sadly ended up not recommending murder charges against the officers and still hasn’t released the grand jury recordings. Taylor was initially killed after the officers entered the home on a no-knock warrant. These have since been banned these under the newly passed “Breonna’s Law.”