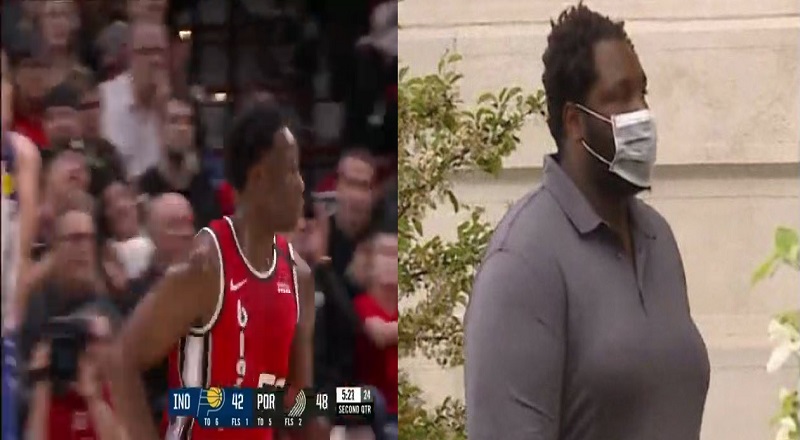 Just a few years ago, Caleb Swanigan was a first round NBA draft pick. Drafted by the Portland Trail Blazers, he went into a winning organization. He played alongside Damian Lillard and played in the NBA playoffs.

However, in 2020, the NBA season was interrupted, due to the COVID-19 pandemic. During this span of time, several NBA players were impacted. In 2020, Caleb Swanigan played his final NBA game.

This afternoon, a photo, allegedly of Caleb Swanigan, has gone viral. The photo shows the former NBA player massively bigger than he once was. If the photo is indeed of him, Caleb Swanigan reportedly weighs over 400 pounds.

See the full photo below:

More in Hip Hop News
City Girls Announce New Single, “Twerkulator,” Coming on May 21
Nicki Minaj is projected to debut at number two, on US albums charts, with “Beam Me Up Scotty” reissue