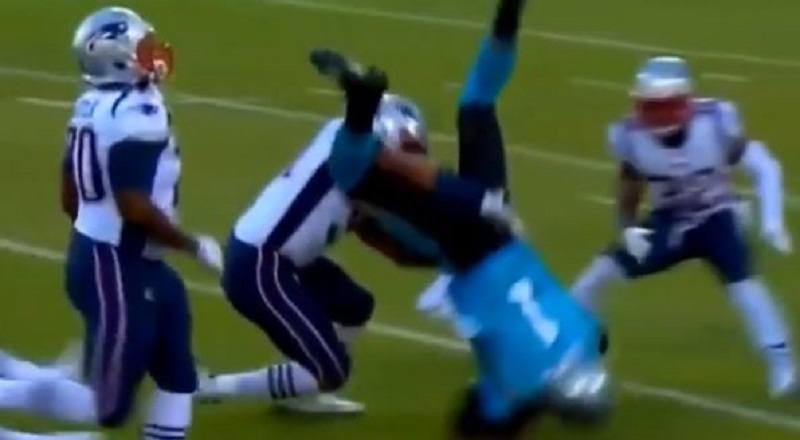 A few years ago, the Carolina Panthers were historically great, and everybody was a fan. Too bad the year was 2016, when things really didn’t make much sense. If anybody did anything historic, they lost on the big stage.

But, Cam Newton had himself a year, leading the Panthers to a 15-1 record, and the Super Bowl. For Carolina fans, the second time was supposed to be the charm. Unfortunately, they barely got on the board, as the Broncos won out.

Cam Newton was accused of not going as hard as he could have, during that game. Tonight, in a preseason game against the Patriots, he nearly got a concussion. He was going harder in the preseason game than he was in the big game and Carolina fans are upset with their MVP, once again.

Watch the entire play below:

A post shared by Lady In The Man Cave site (@ladyinthemancave)

Read the tweets about Cam Newton below: