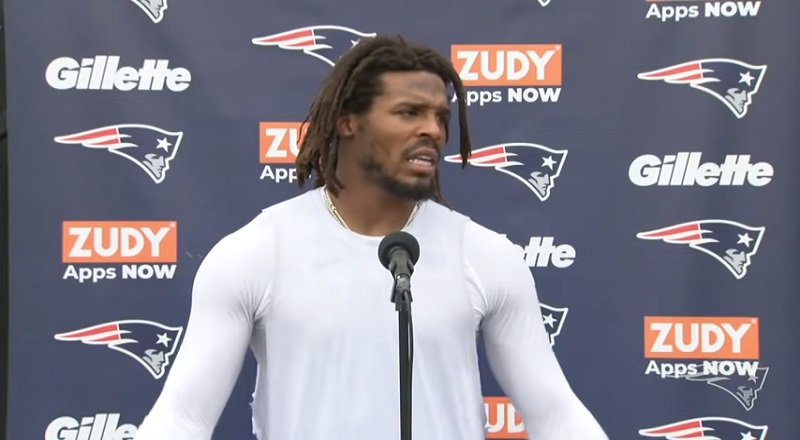 In 2011, Cam Newton was drafted by the Carolina Panthers, and turned the franchise back into a contender. By 2015, they had the NFL’s best record. They returned to the Super Bowl, in 2016, but failed to win their first championship.

After his MVP season, Cam Newton and the Panthers continued going downhill. No longer a contender, the Panthers decided to rebuild. This is when Newtown signed with the New England Patriots.

Cam Newton signed with the New England Patriots, after Tom Brady left the team. After two years, Newton and the Patriots are doing something new. This morning, there were reports of Newton being released by the Patriots.

More in Hip Hop News
Safaree says he is tired of being portrayed as a deadbeat dad, with how people have treated him, over his kids with Erica Mena #LHHATL
Lil Baby posts a huge line of cash, on his IG Story, with “suck my d*ck” caption [PHOTO]