Home » Hip Hop News » Cam’ron opens up on career, beefs, and relationships during first interview with “Ebro In The Morning” [VIDEO] 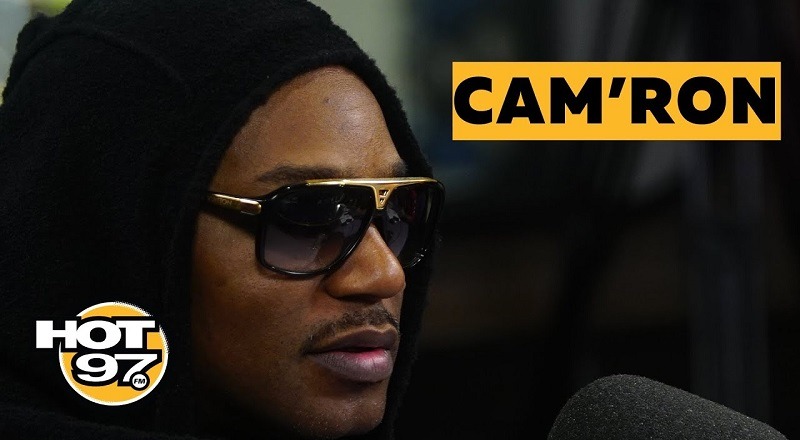 It’s not every day when Cam’ron comes out and does an interview. But, he is in album mode, right now, having recently released Purple Haze 2, the sequel to his 2004 album. That album, the original, was considered by most to be a classic.

Cam’ron, at the time, was signed to Roc-A-Fella Records, but he ended up going independent, after that album. At the time, it looked like he and Jay-Z had serious beef. Ultimately, their entire situation was just business, and Cam also dealt with a breakup.

Recently, Cam’ron stopped by Hot 97, where he sat down for an interview with Ebro and Rosenberg. The conversation began with him speaking on his history with Jay-Z and Dame Dash, Un, Charli Baltimore, Roc-A-Fella, Epic Records, Mase, and Biggie. He also spoke on The Diplomats, with how he and Jim Jones linked up, Juelz Santana getting his deal with them, people like Tyga dressing like him for Halloween, inspired by his fashion, Kanye West, and more.

More in Hip Hop News
JR Smith owns Twitter, after word gets out about him and Candice Patton, Iris from “The Flash,” allegedly having an and his wife praying for him over it; Twitter says they don’t condone cheating, but WOW, and drag his wife’s prayer, as JR responds on IG Story, saying no weapons formed against me… [PHOTOS + VIDEO]
Jewliana (@jew.liana), popular Instagram personality, shares heartbreaking news of her sixteen year old brother, Shane, getting shot and killed outside of his home, yesterday [PHOTO]