Home » Hip Hop News » Cardi B Announces Collab With Reebok in Celebrating 28th Birthday; Sneakers Will Be Released in November 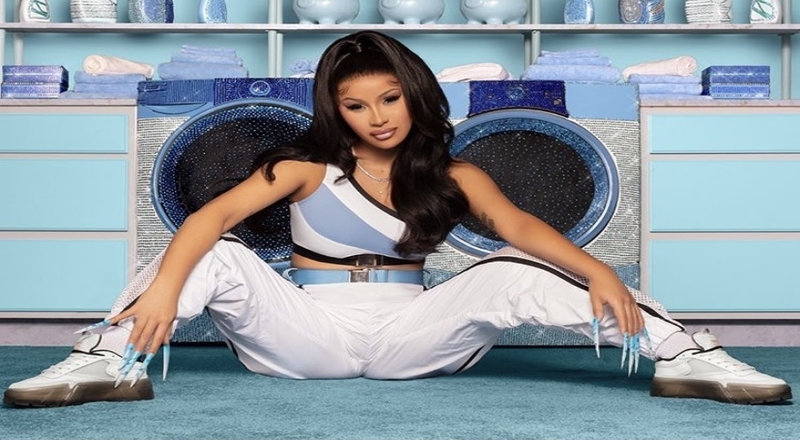 Cardi B has been dominating the end of the summer and the start of the fall as her “WAP” single featuring Megan Thee Stallion is still the No. 1 song in the US. She is also making headlines for her divorce from Migos rapper, Offset. In the meantime though, she is celebrating her birthday.

Cardi is currently in Las Vegas celebrating turning 28 and also has a huge announcement. She is partnering up with Reebok to receive her own sneaker which is the Reebok x Cardi Footwear Collection. These will officially be available to the public on November 13.

For now, it is officially Cardi’s birthday (October 11) and she is giving away limited pairs of these Reebok sneakers to her loyal fans. The giveaway is happening at Reebok.com. This isn’t the only collaboration happening with Cardi and a major brand as she is also the face of the Balenciaga fall campaign. A Billboard was placed of her in Paris last month as well celebrating that accomplishment.

As far as Cardi’s birthday getaway in Vegas, it’s unknown if Offset went with her. Her definitely has been putting in effort in what seems attempts to win her back, though. He said that he misses “Mrs. WAP” and he also put in a happy birthday billboard to her in Los Angeles which was from their 2-year-old duaghter, Kulture.

Check out a closer look at the Reebok x Cardi Footwear Collection below.

Continue Reading
You may also like...
Related Topics:cardi b, reebok

More in Hip Hop News
Pretty Ricky’s Baby Blue Says He’s Facing Life in Prison For $24 Million COVID-19 Relief Scam But Still Claims He’s Innocent
Cardi B and Offset Kissed at Her Birthday Party in Las Vegas as Offset Also Bought Her a Rolls Royce; Fans Believe Divorce May Not Be on The Table Anymore [VIDEO]