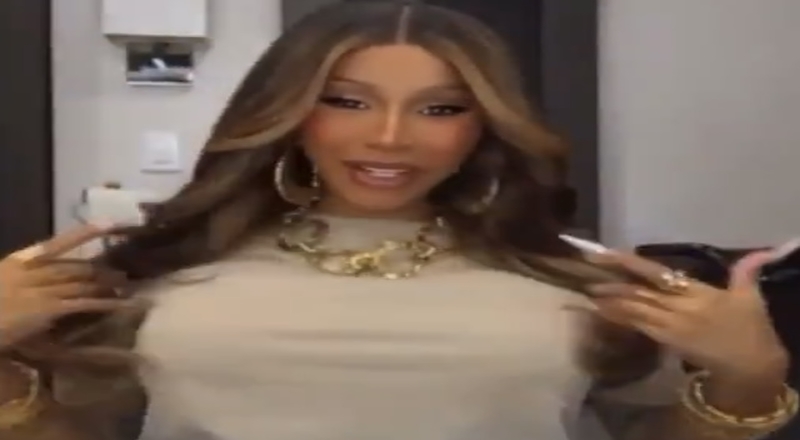 Cardi B is on fire again, as she just appeared on Normani’s new “Wild Side” single, which dropped on Friday. This single is expected by many to be a top five song on the Billboard Hot 100 chart next week.

Cardi continues to frequently appear on Instagram Live to interact with fans, but one thought she looked very different in her latest stream. A man said she looks much more Black this time, and Cardi caught wind of the tweet.

Cardi went on to clap back, by mentioning how she used a filter during this IG Live. She went on to call the man “clueless” and “dumb.”

“It’s literally a filter .Ya will see sparkles on it and still act clueless and dumb.”

Cardi definitely appears to still be annoyed by criticism online, but that has to be avoided. She’s still one of the biggest artists in the world, as she’s fresh off two number one singles in “WAP” feat. Megan Thee Stallion and “Up,” this past February.

Check out Cardi on IG Live, and her clapping back at the comment made by that user about her being more Black, below.

It’s literally a filter .Ya will see sparkles on it and still act clueless and dumb https://t.co/u1XWDVfd2F pic.twitter.com/6HooaSj6hB