Home » Hip Hop News » Cardi B claps back at Akbar V, on Twitter, after Akbar took shots at Cardi 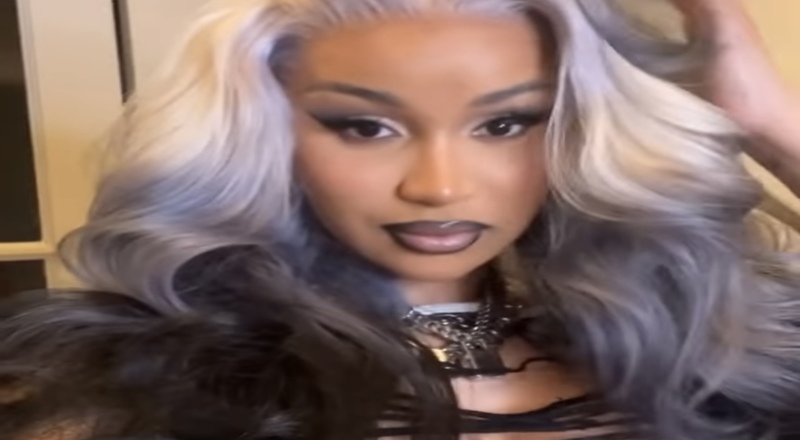 Akbar V has been getting a bigger buzz lately, as she appeared on Nicki Minaj’s “Super Freaky Girl” remix, this month. That record also featured Katie Got Bandz, JT, BIA, and Maliibu Miitch. Akbar initially created her fame, by appearing on “Love and Hip-Hop: Atlanta.”

Now, Akbar is getting into a huge Twitter beef, with Cardi. She started taking subliminal shots at Cardi, such as about her supposedly not being able to write her own raps. Akbar also kept saying to go check on Cardi, after Rah Ali attacked her, a few years ago. Akbar even went on to claim that Cardi forgot where she came from, after soaring to fame and bigger money.

Cardi responded swiftly, as she said someone needs to check on Akbar, after Young Thug supposedly slapped her in the face. Cardi also emphasized that she represents The Bronx, all day. Cardi went in on Akbar even harder, by posting a video of Akbar asking Lil Tjay to tell her that he loves her, while she was giving him oral sex. Cardi said that, in response to Akbar claiming how Offset supposedly wanted to cheat, with Cuban Doll.

Check out Cardi B dissing Akbar V, on Twitter, after being called out, below.

Continue Reading
You may also like...
Related Topics:akbar v, cardi b, featured