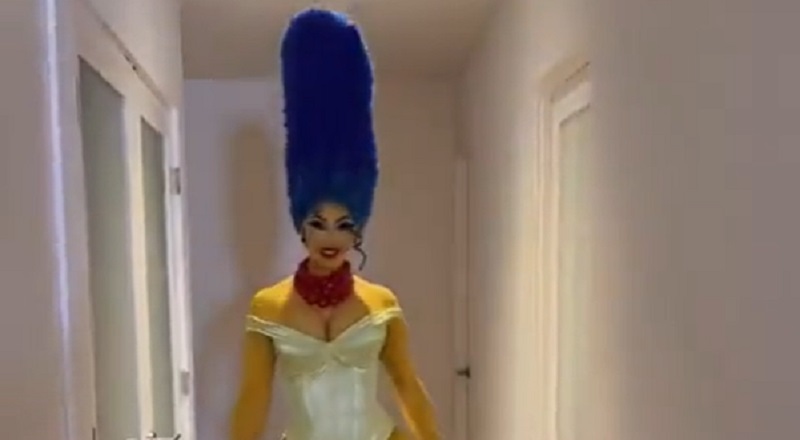 Cardi B dresses as Marge Simpson for Halloween

Cardi B took over the rap game five years ago and has played by her own rules ever since. Prior to Cardi, only one female rapper ever topped Billboard Hot 100. Now, Cardi B tops Billboard Hot 100 at least once a year. What’s the most impressive about this is how Cardi only released one album, and that was four years ago.

Cardi B definitely is the leader of the new school, when it comes to female rappers. Every year, Cardi comes with an anthem. Despite this, fans have demanded Cardi B to drop another album. Initially, Cardi said she would release an album in 2019, but things have drastically changed since then.

Cardi B is always entertaining, whether she is releasing music or not. When Cardi had her chance to become the biggest star in the world, she took it. Years ago, Cardi bet on herself, and told anyone who would listen that she would get here. Now that she is, Cardi B has done it all, from number one singles, chart topping albums, a high profile marriage, and two children. To top it off, Cardi B did Halloween dressed as Marge Simpson and took the internet by storm.

Cardi B dresses as Marge Simpson for Halloween

Continue Reading
You may also like...
Related Topics:cardi b, featured, fox, halloween 2022, the simpsons

More in Hip Hop News
Kanye West got into a heated argument at his son, Saint West’s, soccer game and he stormed off
Man proposes to his girlfriend at Walmart’s customer service section [VIDEO]