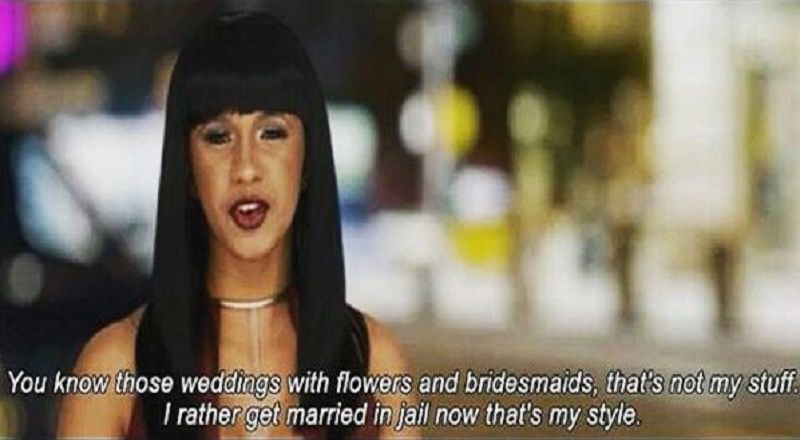 Thus far, Cardi B is a fan favorite on “Love & Hip Hop,” due to her blunt personality. With Cardi B, there is no holding back, whatsoever, and she speaks her mind. Outside of supporting MariahLynn and Young B in their BBOD beef, Cardi B is dealing with romantic issues.

When season six began, Cardi B appeared to be involved with DJ Self, who was also dating Yorma. After they had it out, Cardi B revealed she had a boyfriend. Tonight, viewers learned his name was Tommy, but she already informed the world he was in jail.

In the previews, Cardi B mentioned getting married to Tommy and the episode tonight centered around this. As she discussed the situation, it made fans swarm, especially when she said she and Tommy have only dated two months. The fans on Twitter had a big reaction to her barely knowing her imprisoned lover.

More in Hip Hop News
MariahLynn gets bashed on Twitter after she dissed Moe again, saying she looks like she doesn’t know the right soap to buy #LHHNY
Stevie J and Joseline dominate Twitter after inviting Skin Diamond to join them, kids not liking Joseline, and therapy #StevieJandJoseline