Home » Hip Hop News » Cardi B is projected to reach number one on Billboard Hot 100, for the third time, as Maroon 5’s “Girls Like You” is expected to take the top spot 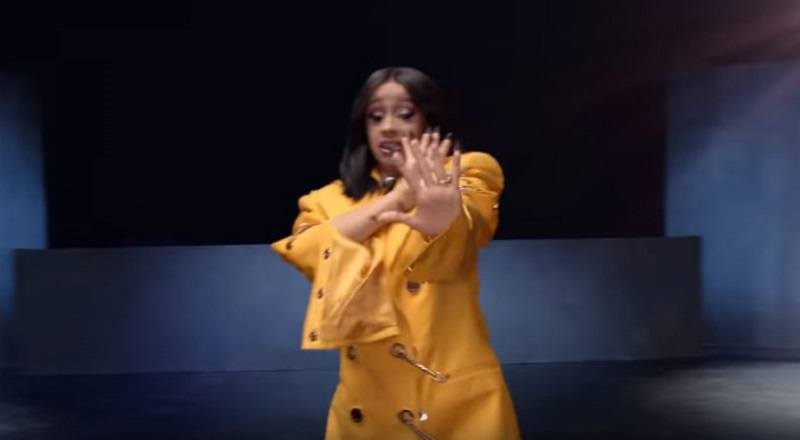 In 2017-2018, Cardi B has been the hottest rapper in the game. This is proven, as she has gotten co-signs from Drake and Jay-Z and Beyonce often play her music, on their tour stops. Last year, Cardi B signed a $10 million deal with Atlantic Records.

Cardi B dropped “Bodak Yellow” and the record would end up topping the Billboard Hot 100. Many tried writing her off as a one hit wonder, but had trouble explaining “Be Careful” being a summer hit. It was “I Like It” that proved she was no fluke.

The “I Like It” record dropped nearly a year after her first chart-topping record. But, this summer also saw Cardi B make an appearance on the hot Maroon 5 single, “Girls Like You,” which is still climbing the charts. It is projected to top Billboard Hot 100, next week.

Watch “Girls Like You” by Maroon 5 ft. Cardi B below:

Continue Reading
You may also like...
Related Topics:atlantic records, be careful (cardi b), beyonce, billboard, bodak yellow (money moves), cardi b, drake, girls like you, i like it (cardi b), jay-z, m.a.c., maroon 5

More in Hip Hop News
Joe Budden, Remy Ma, Scottie Beam, and Jinx Talk About The Dispute Between Nicki Minaj & Cardi B During #NYFW On A New Episode Of State Of The Culture
Berner talks growing his business, unique strains of marijuana, new music, and more on #TheBreakfastClub [VIDEO]