Home » Hip Hop News » Cardi B makes Billboard Hot 100 history, as “I Like It” reaches number one, making her the first female rapper to score two number one records, and Cardi celebrates with new video [VIDEO] 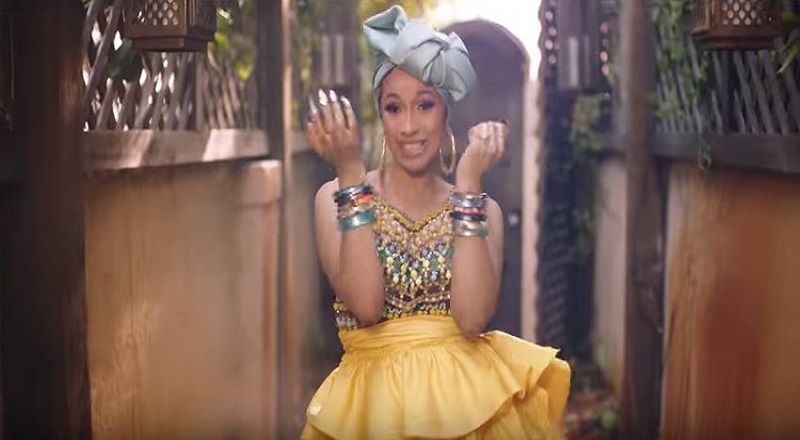 A year ago, Cardi B was beginning her takeover of the game. Even though most agreed her song was a hit, few predicted that she would top Billboard Hot 100. When she did, detractors tried to make excuses about her success.

While Cardi B’s next single didn’t chart as well, “Be Careful” was one of the first hits of the summer. Then, “I Like It,” with J Balvin and Bad Bunny, dropped, to much success. The song has been climbing the charts and was poised to hit number one weeks ago.

Cardi B is now officially on top of Billboard Hot 100 for the second time in a year. “I Like It” is the number one song in the nation, as Cardi B makes more history, as the first female rapper to top Billboard twice. In celebration of this, Cardi B shared a video with Offset, thanking her fans.

Watch “I Like It” by Cardi B ft. J Balvin and Bad Bunny below:

Read Cardi B’s tweet and watch her video below:

Cardi B celebrates her second No. 1 on the Billboard Hot 100 🎉🎉 pic.twitter.com/TyIorzki3k

Continue Reading
You may also like...
Related Topics:alyssa debonair, bad-bunny, be careful (cardi b), billboard, cardi b, i like it (cardi b), j balvin, offset