Home » Hip Hop News » Cardi B opens up about her pregnancy and why she kept it hidden + New album, new singles, and success on #TheBreakfastClub [VIDEO] 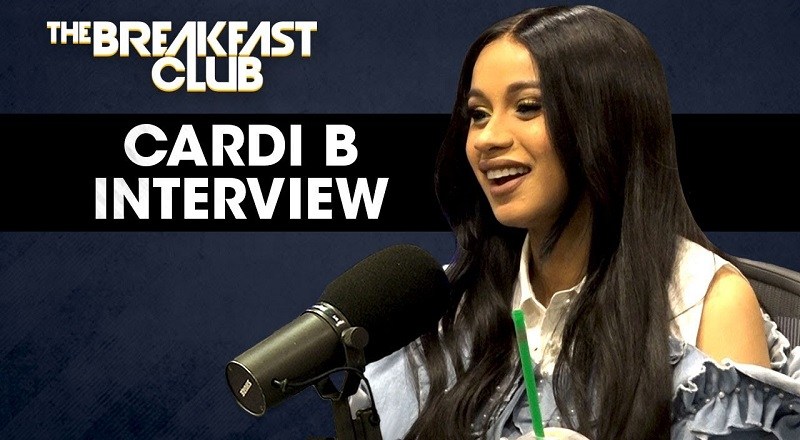 Last summer, Cardi B dropped what would become one of the biggest records of the year. The song, “Bodak Yellow,” ended up taking over radio. That song’s success led to Cardi B being put in historic company, as the first female rapper in 20 years to top Billboard.

Cardi B didn’t stop there, soon doing G-Eazy’s “No Limit,” with a scene-stealing verse. Later, Cardi B got on Migos’ “Motorsport,” another major hit, alongside Nicki Minaj. Following that, “Bartier Cardi” proved she was no one hit wonder, and then Bruno Mars’ “Finesse” came.

Now, Cardi B is back on “The Breakfast Club,” where she sat down and talked to DJ Envy, Angela Yee, and Charlamagne Tha Game. She discussed how she was dealing with her pregnancy, and how Offset reacted to it. Before she left, she also talked about her new album, the success, and much more.