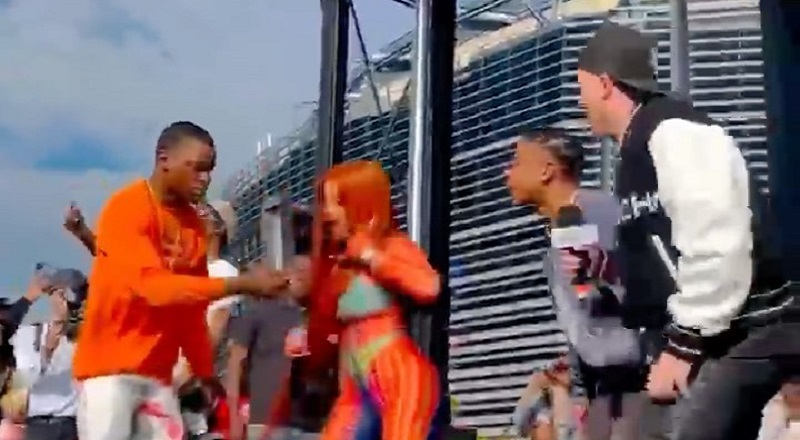 Cardi B is the rare artist that has been one of the hottest artists out since she dropped her first major single. With her second official single, Cardi B topped Billboard Hot 100. At the time Cardi B made history. Cardi B was only the second female rapper to top Billboard. Megan Thee Stallion has since joined Cardi B.

Cardi B is so impressive, because she only has released one album to date. In 2017, Cardi B was considered the artist of the year. It was an impressive feat, due to Cardi B beginning the show on “Love & Hip Hop.” The growth Cardi B had could only be predicted by Cardi B, herself. As a result, Cardi B only deals with the ones who believed in her.

Cardi B recently blessed Kay Flock, appearing on his single, “Shake It.” As a result, Kay Flock has enjoyed a hit under his belt. Now, courtesy of Cardi B, the song has now had the Summer Jam treatment. As always, Cardi B was determined to give the fans a show. Typical Cardi B, she did. She ran onto the stage and Cardi B shut the show all the way down.

More in Hip Hop News
Teyana Taylor and Iman Shumpert sell LA home, for $4 million
Roddy Ricch is out of jail after getting arrested in NYC [VIDEO]