Home » Hip Hop News » Cardi B said she wasn’t allowed to work on “Latin nights” in the clubs, because she didn’t look “Spanish enough” without her braids 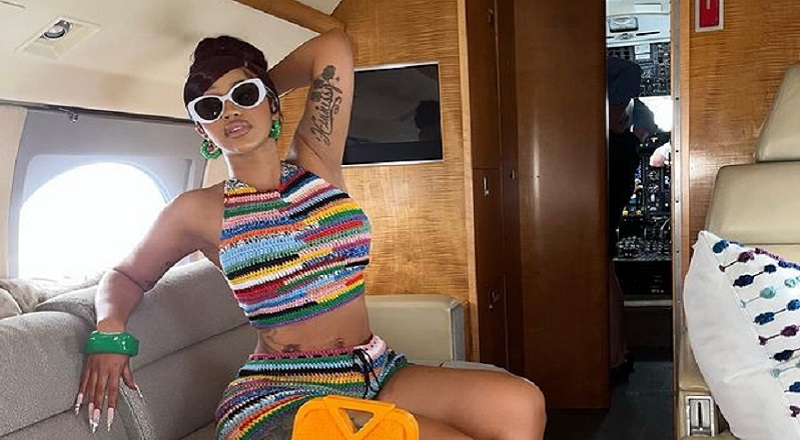 Cardi B had an interesting journey to fame. How Cardi B rose to fame is now the blueprint for many female rapper. Those who know Cardi B knows her journey began in the club. Using Instagram to promote herself, Cardi B became a very popular figure.

Cardi B turned her social media fame into real fame. When Cardi B was cast for “Love & Hip Hop,” she brought her fans to the show. As a result, “Love & Hip Hop” had new life. In addition, Cardi B gained new fans from the show. After that, Cardi B announced she was leaving the show, and signed with Atlantic Records.

Cardi B recently jumped into a Twitter discussion about racism and Latin America. Ironically, Cardi B was agreeing with Joe Budden. Yesterday, Joe Budden put NYC clubs on blast for not hiring Black dancers. A poster on Twitter mentioned Cardi B being pushed as a standard of beauty. When Cardi B chimed in, she spoke on her time working in the club. Even as a Latin woman, Cardi B said the clubs would not let her work “Latin nights,” because without having braids, she did not look “Spanish enough.”

More in Hip Hop News
18-year-old Quartavius Mender has been charged with 23 counts of terroristic threats, after threatening to kill Fulton County Sheriff, and other officials, due to Young Thug and Gunna’s indictment
Music Video Director Roger Alexander of AlphaMale Visuals Talks Working with Lil Baby and Young Thug